From Jakarta to New York, a selection of podcasts, often lead by women, to nourish your curatorial practice on the go

Intimate one-to-ones. Heidi Zuckerman, Director of The Orange County Museum of Art, hosts the podcast Conversations About Art, a friendly interview-format where her guests talk about art in the larger context of living better lives. Interestingly, her first interviewee was Lance Armstrong, on December 2019, who besides cycling appears to be a fun collector to be around. Zuckerman’s fascinating network includes a multitude of art entrepreneurs, curators, collectors, artists, and other high achievers, yet the conversations are particularly personal. Curators interviewees include Christopher Bedford, Philip Tinari, and Helen Molesworth.

The (feminist) archives of the Getty Research Institute. Above mentioned Zuckerman’s guest, curator Helen Molesworth, also hosted a podcast short series called, Recording Artists, supported by the Getty. In there, she blends archival material and conversations with contemporary artists and art historians, to examine the lives of six women artists who made art during the feminist and civil rights movements in the US: Alice Neel, Helen Frankenthaler, Lee Krasner, Betye Saar, Yoko Ono, and Eva Hesse. Each episode is presented like a lively art documentary in its own right.

Art market, Southeast Asia. Art & Market (A&M), a multimedia platform out of Indonesia, that focuses on Southeast Asian art, publishes articles and talks specific to the region, but also a series of recorded conversations through its podcast channel, Art & Market Conversations. Interviewees include Filipino curator and Artistic Director of the Singapore Biennale 2019, Patrick Flores—on biennales; and collector, founder of IndoArtNow (an online repertory of Indonesian artists), and Director of Art Jakarta, Tom Tandio—on the Indonesian art scene and how he stared collecting as a way of supporting his community. For those interested in connecting with the region, those are a great place to start.

Art market, Africa. 1-54, the fair dedicated to contemporary art from Africa and its diaspora, launched a series of podcasts called, 1-54 Forum. They cover themes such as the intersection between cinema and oral art; sonic solidarities networks across regions, including Palestine and Algeria; African biennales and changing museums; crossovers with Latin America; and so many more targeted and timely subjects discussed among a refreshing range of speakers. Its latest episode, “on performance art in times of protest and pandemic”, is lead by Lisa Anderson, an independent curator and founder of the educational Instagram account that celebrates art from the African diaspora in the UK, Black British Art. She is joined by artists whose oeuvre includes performance: Jelili Atiku, Shelia Chukwulozie, and Adelaide Damoah. A selection of podcasts are available in French or Spanish, along their English editions.

Art market, global. A six-episode cameo, produced by Art Agenda in collaboration with Art Basel, highlights some of the 2019 Art Basel Conversations programme. Hosted by Julieta Aranda, artist and director of e-flux (of which art-agenda is a subsidiary), subjects include motherhood, Athens as the art capital of Europe, environemental issues, nationalisms, and surveillance. The reason I call this series a cameo is because if you are willing to leave the podcast form, you can also find most of Art Basel Conversations programme, and its wide range of topics, many of which are curator-focused, here. From 2010 until now, the global fair’s youtube channel includes talks that occured in all the editions of the fair from Miami, to Basel, to Hong Kong.

Keeping up with the art goss. If you wish to keep abreast of the mainstream art scene headlines, Artnet News produces a podcast on the hot stories of the art world called, The Art Angle. Subjects include: “How NFTs are changing the art market as we know it”, which was hosted by Artnet business editor Tim Schneider on March 26, and “5 Steamy, Whirlwind Romances That Changed Art History” with Katie White, on February 12.

Fashion and art. Fashion brands are lining up to produce high quality audio content around art and creative practices. 1) Below mentioned, Katy Hessel, of The Great Women Artists podcast, also created a series of talks for fashion brand Dior, called Dior Talks that covers some most welcome feminist content in line with her brand. 2) Mingling with the art elite and echoing the effervescence of the international art scene’s gatherings, and their mix of insightful conversations and champagne banter, is The Chanel Connects podcats, lead by Yana Peel. Think Pharrel Williams, but also Arthur Jaffa. 3) Finally, fashion brand, Miu Miu, created a sequence of three podcasts called, Miu Miu Musings, where they gathered a multidisciplinary select group of professionals in Beijing, London, and New York (tech people, celebrities, and art and fashion people) to discuss against or in favour of a given topic.

Disability and curating. Disability Arts Online produces, along their other projects, a series of podcasts called, The Disability and… Podcast, related to disability in the art world. The podcats convey, in a semi-formal and practical tone, a large number of topics including race, film, writing, and art practices at large, through the lens of disabilities. The series, still ongoing with one monthly episode, includes two episodes—numbers 8 and 10—directly addressing disability and curating with gallerist and curator Jennifer Gilbert in both, with artist and curator, Aidan Moesby, in the former, and as part of a Disability Arts Online’s Contested Spaces panel debate in the latter, which took place at The Foundry, London in January 2020.

The eclectics. Gilbert is also interviewed on actor Russell Tovey and gallerist Robert Diament’s eclectic but cheerful podcast, Talk Art, where she specifically talks about the work of outsider Japanese artist Shinichi Sawada. The light-hearted duo also interviewed curators such as Dame Julia Peyton-Jones DBE and Hans Ulrich Obrist, among a multitude of other names from the art, music, acting, and design industries. Entertaining and ambitious, yet down to earth.

Feminism and curating. 1) If you aren’t familiar with it already, The Great Women Artists Podcast, celebrates historical and contemporary female artists through discussions with artists, curators, and other art lovers and professionals, and is hosted by art historian and curator, Katy Hessel. Highly recommended. 2) Another podcast blockbuster on female artists is, Bow Down: Women in Art, by Frieze magazine’s editor-at-large Jennifer Higgie. The concept is quite simple and to the point, in a series of 20-minute episodes, Higgie invites an art guest to talk about a woman artist that should be revered. 3) What does it mean to break down art world structures to give voice to marginalised artists?—this is one of the topics discussed with Australian curator Catherine Bell in an interview by Art Guide Australia Podcast, on the occasion of the touring female-lead exhibition, FEM-aFFINITY, and touching upon Bell’s early career experience in Australia, the changing definitions of feminism, emotional labour, disability, and death. 4) Finally, and this feels like cheating because I usually only include material in English, but if you do speak French, please check “Vénus s’épilait-elle la chatte?” (approx translation is: Did Venus [de Milo] wax her pussy?). It is brilliant for the immaculate research paired with a contemporary and inclusive tone, that make this podcast a little gem. With hopefully a second season coming up soon.

Do you have brilliant art podcast that you would like to recommend? Please get in touch with our editor, cristina@artcuratorgrid.com 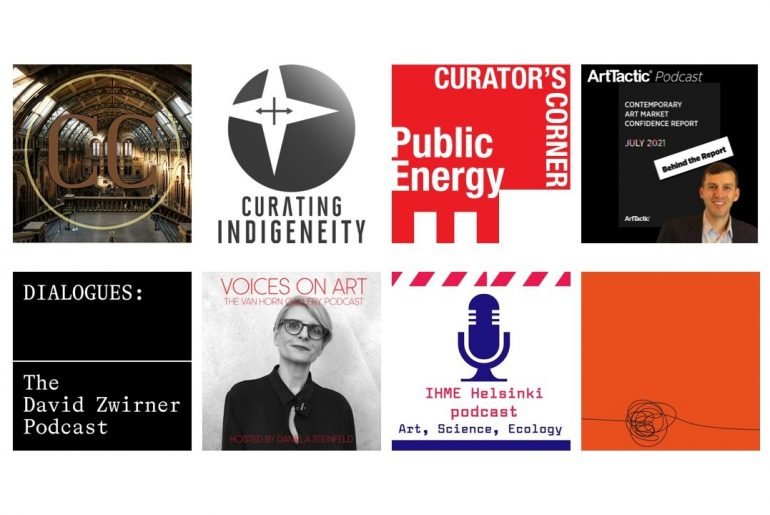 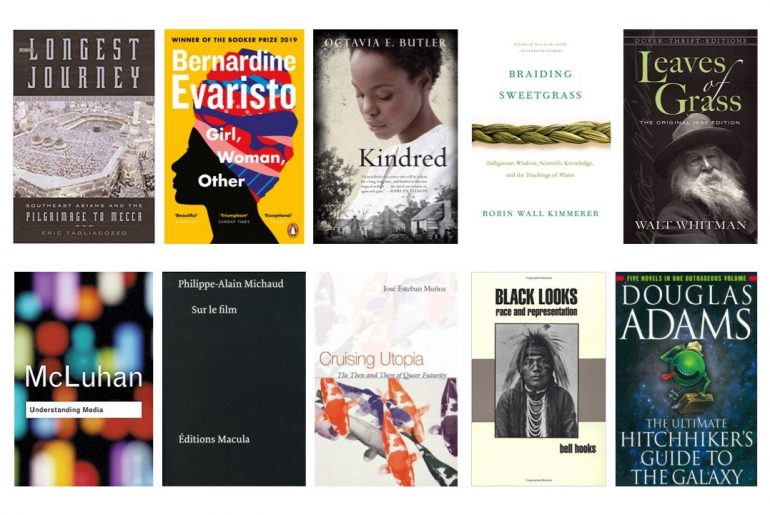