Interdependent curators. During the first lockdown, curators Elena Sorokina and Nataša Petrešin-Bachelez formed a support group to share ideas, and think about how to work in the future, since what we do has to be rethought. The term “interdependent” came up from Nataša, who may have heard it from someone else, and a few of us started using it instead of calling ourselves independent curators. It’s about acknowledging that what we do is very much interdependent with our peers, artists, institutions, etc. The pandemic has been a really important reminder of our interdependence, and I think it describes much better what curators do.

Serbian Pie. I am Serbian and Macedonian, my parents were part of this generation of guest workers in Germany, where they met very young. I was born in Germany but ended up growing up with my grand-parents in Yugoslavia, a country that doesn’t exist anymore. My grandmother cooked amazing meals for me. I am lucky that my husband loves cooking. For him it’s art, so he’s doing a fair bit of it. I didn’t start until we had our son. But I love Gibanica. It’s a very Serbian pie with eggs, greek cheese, and pastry leaves or phyllo dough that you can buy in Turkish shops. You layer them together and cook it in the oven, it’s delicious.

Shanghai underground scene in the early 2000s. I went to China in 2000, I did my Masters there and started learning about curating. My actual encounter with contemporary art started when I moved to Shanghai, and that context informed my work. I learned from artists of the underground scene, a scene that doesn’t exist anymore. I remember one particular exhibition, in a warehouse in Suzhou creek, around 2002, by Chinese artist Zhou Zixi called “Sorry I don’t know”. The kind of show that happens for one or two nights and then disappears. The architecture of the warehouse was huge, very grey, with stairs going up, a video across the floors, and big photographs of the artist with his finger on his mouth showing you to be silent. People were sitting on the floors. In my memory the photographs were slightly above us, and it left a deep impression on me. In the early 2000s the artistic scene in Shanghai, including artist-organised activities, was very active. It influenced my understanding of what curating does. It lead me to writing, an internship, and then to an institutional job.

First museum to support contemporary art in China. When I finished my Masters in 2004, I started an internship in the first public art institution in China that supported contemporary art, Duolun Moma. I then was asked to work there. It was a very young institution and they gave me a lot of flexibility, so I had many possibilities to experiment. We were very close to the artistic communities, with young artists coming in and out of the office constantly. The horizontality in the structure of the institution wasn’t what you usually see in an institution called museum. It wasn’t like now where it’s a business structure, with its deals and rituals. It was a precious moment for the art scene, and for me being part of it.

New institutional models. A few years ago, I realised that as a curator, being invited into an institution you have the position of the guest, and a guest can’t bring radical change. Like scholar and curator Dorothea von Hantelmann said once, it’s only when we reinvent new rituals that we can have new institutional models. If we follow the same exhibition protocols that we are so used to, in the West or in China, it’s very hard to really rethink what an institution for the future could be. That kind of thinking prompted me to create What Could / Should Curating Do?, registered in 2018, a programme in Belgrade that works with education for artists and curators, and considers how we can possibly work together in the future. Young practitioners come to Belgrade to study together, and with international mentors. My understanding of art and curating is non-Western informed, so there is a very strong presence of curatorial practices from all around the world.

Solidarity. Last year I have started the curatorial enquiry “As you go . . . the roads under your feet, towards a new future”. This is a three-year long project, with artists, anthropologists, and architects, looking at the Chinese Belt and Road Initiative (the Chinese development strategy that is investing in about 70 countries and international organisations since 2013) and how it will change aesthetics and everyday life for local communities. It is also a reflection on how we work together. I am the instigator but there is always the possibility to move away from that and be more horizontal. With our partner-cells, which include What Could Should Curating Do (Belgrade), Moderna Galerija (Ljubljana), Rockbund Art Museum (Shanghai),  Guangdong Times Museum (Guangzhou), ArtCom (Astana), Robel Temesgen and Sinkneh Eshetu (Addis Ababa), and The Public Library (Bor), we are looking at localities on the margins: Central Asia, the Balkans, East Africa, and of course China. We are trying to unlearn how we work together, from practical things like how to share funding (for instance, how to put funding together for Ethiopia where there is none) or how we can respect someone else’s knowledge structure and allow it to coexist within the project. It’s been an extremely important experience for me.

Childish values, Dwayne Donald, and Boaventura De Sousa Santos. This pandemic has been just a reminder that we need to change, we need to start to learn to be a different kind of human. This is where I am reminded of Dwayne Donald, he’s quite an amazing scholar form Canada who has been talking a lot about indigenous ways of knowing and understanding the world. I still have very naive and childish values, believing that art can really change the world. I think there is always this drive that every time you do something it can change things slightly. Working over a decade in China I understand my position the way Boaventura De Sousa Santos describes it: he divides our world into humans and subhumans, and I am a subhuman. De Sousa Santos discusses an abyss line that divides humanity between those who are fully dignified human beings of so-called metropolitan sociability, and subhumans who belong to a colonial sociability. His lecture, “The Future Begins Today”, at the Riga Biennial, in 2020, is brilliant. The curatorial space I try to create allows both humans and so-called subhumans to be equally present. I think art is the space where those things can really occur.

Sociable Organising. When it comes to curatorial work I am extremely detailed. When it comes to life, it really depends on what we are talking about, but I am probably more big picture. Having a son also changed my idea of time and sense of commitment. Having him around on my back while talking with you definitely changes a lot of things, ha ha! My son says I always spend time with artists because his dad is an artist, but I do spend a lot of time with other agents in the art system to really make the projects happen, such as embassies, galleries, and foundations. Very different agents. Especially when I was in Shanghai and I was doing self-organised things form absolute scratch, from finding the venue to funding. It takes a lot of time and energy, same for the project in Belgrade. It makes it extremely difficult but at the same time, extremely reachable for many young people to participate. I like to spend time with people and talking, rather than filling up applications though.

The book I am currently reading was suggested by an artist friend, Fayen d’Edie, who has an amazing space in the bush here, close to Melbourne. It’s called “Braiding Sweetgrass: Indigenous Wisdom, Scientific Knowledge, and the Teachings of Plants” by Robin Wall Kimmerer. I haven’t finished it yet but it’s an amazing book that talks about indigenous wisdom through everyday life. The author is a mother, a member of the Citizen Potawatomi Nation, and a scientist. I highly recommend this book.

Fun with dinos. My son Teodor is six, so we do a lot of fun around him. Whatever he thinks is fun, we do. We go to the movies, we read books, we do walks, and meet friends for cake and coffee. I try to keep him as much analog as possible. This weekend we are going to dig for dinosaurs fossils, there is a big excavation site, the Inverloch Dinosaur Dreaming dig site, 3-hour away from Melbourne, where palaeontologists take kids along.

Nature in Serbia. In Serbia, I love going to a mountain close to the Bosnian border called Zlatibor, it’s really an amazing place where you can enjoy nature.

In a multicultural environment the most important things are to be patient and open, and take the time to listen. This way you can respectfully learn how you would like to engage with the place, and what is the most appropriate way to engage. I spent a lot of time in China, and I am still learning, although now I am learning about living in Australia.

I wouldn’t collect. There is something very colonial with this collecting and owning, including for museums. I would rather be a custodian, taking care of something for a certain time and then pass it on when you are not able to take care of it properly. Perhaps a custodian of archives, but I don’t know in which form, storytelling or physical or a combination of both.

If I wasn’t curating I would probably be a yoga instructor ha ha. I used to be a yogi, and I still practice, so I guess I could be that.

BILJANA CIRIC is an interdependent curator based in Melbourne. She is currently conceiving project for first Trans- Southeast Asian Triennial in Guang Zhou Repetition as a Gesture Towards Deep Listening.
She was the co-curator of the 3rd Ural Industrial Biennale for Contemporary Art (Yekaterinburg, 2015), curator in residency at Kadist Art Foundation (Paris, 2015), and a research fellow at Henie Onstad Kunstsenter (Høvikodden, 2016). Her recent exhibitions include An Inquiry: Modes of Encounter presented by Times Museum, Guang Zhou (2019); When the Other Meets the Other Other presented by Cultural Center Belgrade (2017); Proposals for Surrender presented by McAM in Shanghai (2016/2017); and This exhibition Will Tell You Everything About FY Art Foundations in FY Art Foundation space in Shen Zhen (2017).
Her exhibitions also include Just as Money is the Paper, the Gallery is the Room (2014) presented by Osage Art Foundation (Hong Kong); One Step Forward, Two Steps Back—Us and Institution, Us as Institution (2013) presented by Times Guangzhou Museum (Guangzhou); Tino Sehgal Solo Exhibition (2013) in UCCA (Beijing); Alternatives to Ritual (2012–13) in Goethe Open Space (Shanghai) and OCAT (Shenzhen); Taking the Stage OVER (2011–12) presented in different institutions in Shanghai; and Institution for the Future – Asia Triennale (2011) in Manchester, among others.
In 2013, Ciric initiated the seminar platform From a History of Exhibitions Towards a Future of Exhibition Making with focus on China and Southeast Asia. The assembly platform was hosted by St Paul St Gallery, AUT, New Zealand (2013), Rockbund Art Museum, Shanghai (2018), Times Museum, Guang Zhou (2019). The book with the same name was published by Sternberg Press in 2019. Her research on artists organized exhibitions in Shanghai was published in the book History in Making; Shanghai: 1979-2006 published by CFCCA; and Life and Deaths of Institutional Critique, co-edited by Nikita Yingqian Cai and published by Black Dog Publishing, among others.
In 2018 she established the educational platform What Could/Should Curating Do? She was nominated for the ICI Independent Vision Curatorial Award (2012). Currently she is developing a long-term project reflecting on China’s Belt and Road Initiative titled As you go . . . the roads under your feet, towards a new future. She is undertaking practice based PhD in Curatorial Practice at Monash University, Melbourne. 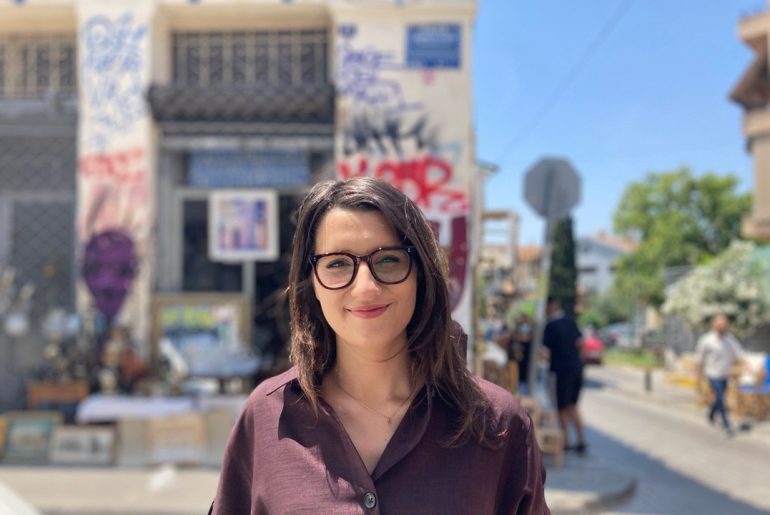 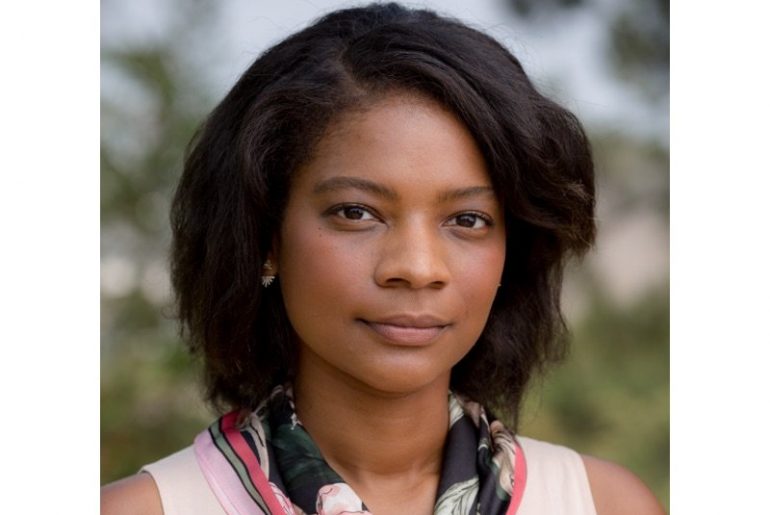 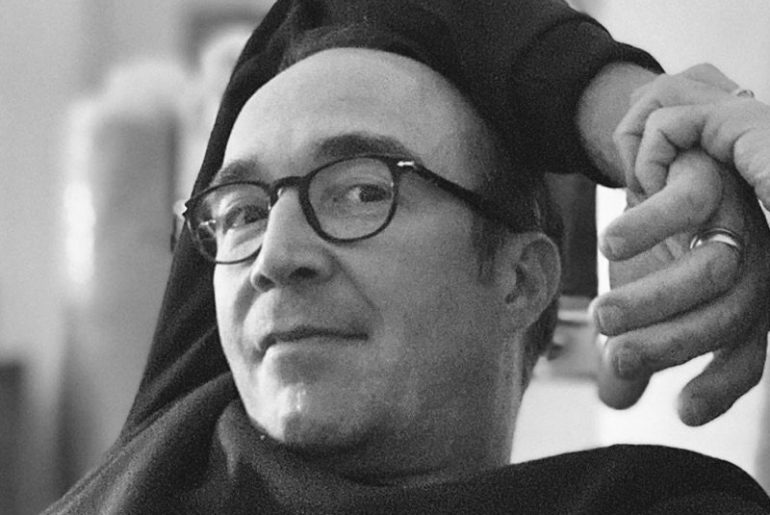