How the story of a family man, who suddenly chooses to live alone on a canoe, inspires collaborative curating for the 2019 Coimbra Biennial of Contemporary Art, Anozero’19

Biographies at the end of the article

“The team is plural, we come from different places and backgrounds” says Nuno de Brito Rocha, a Brazilian curator based in Berlin, and one of two invited by Agnaldo Farias, chief curator of the 2019 Coimbra Biennial, to work with him on this edition. De Brito Rocha moved to Berlin in 2014, and is now working at the Berlinische Galerie (Berlin Museum of Modern Art), but in Brazil, he had collaborated on many projects with Farias, where their professional relationship grew stronger since the time they were respectively student and professor in the same university. As for the other co-brainchild of this transatlantic curatorial trio, is Portuguese Lígia Afonso, from Universidade NOVA de Lisboa. Afonso met Farias when she was an intern and he was the curator of the 2010 São Paulo Biennale. Remembering that time, Farias smiles and says: “I talked with her for around fifteen minutes, and it was enough to understand how clever she is”—clearly impressed.

We were sitting in a rather noisy cafe in Coimbra old town, under a chair that was unexplainably hanging high above us from very high-ceilings, it made us laugh. It was the Sunday morning after the opening of the Biennial on a grey and drizzly November Saturday. I explained to the team that for the purpose of this article I was more interested in understanding the dynamics of their collaboration rather than writing about the exhibition itself. I could tell that they had grown closer working together on the project. They were finishing each other sentences, agreeing often and presenting a jolly united front—while reassuring me that they had disagreed enough during the process of selecting the artists.

As the source for the theme of the show and its constant point of reference, Farias chose a notorious short story by one of Brazilian major author João Guimarães Rosa, “The Third Bank of the River” (1962). Guimarães Rosa’s story is told by the son of a man who leaves his riverside household without explanation to stay on a canoe in the middle of the river.

Farias had already announced the theme of the Biennial and a handful of artists before inviting Afonso and de Brito Rocha, but once they had accepted to be associate curators, the three of them engaged in the creation of the programme as peers—something the two younger curators clearly appreciated.
Only Afonso and de Brito Rocha had never met prior to working together. Coming from Lisbon and Berlin, their first encounter was in Coimbra. “It was a lobby situation” laughs de Brito Rocha, “we were sitting in a hotel lobby” and “it was winter”. “One of the best things I got from this, is to work with Lígia”, he adds, following up on a previous remark about how it can be complicated meeting people for the first time, not knowing who they are and how they work. “I remember that situation” laughs Afonso, also not immune to how the art world practices hotel lobbies with strangers that are to become colleagues. After they toured the city, they both sat to show each other images on their computers.

And so the process went on through rounds of discussions between the three, “we had a lot of very long conversations” exclaim Afonso and de Brito Rocha in unison. “It was really beautiful [..] we really discussed the works of about two hundred artists” says Afonso, highlighting the fact that each choice was ultimately collegial. Arguing and questioning, shrinking the selection, with the venues and Guimarães Rosa’s text in mind, they birthed a final list of thirty-nine artists.

Notably, part of the process was reading together. As sections of the text would come up in conversations, they would pull them out to read them to each other. They passed that approach to the students from the Master of Curatorial Studies of the University of Coimbra. Afonso mentions that she would often begin her lectures on the biennial by reading out loud the whole short story to the audience. This type of oratorial enthusiasm is contagious, those students decided to also read out loud in the streets of Coimbra for the Biennial programme.

“I always use literature in my work. I think my real background is literature, not architecture” smiles Farias. And clearly he is not only versed in Brazilian literature. At my request, he lists a dozen names of Portuguese authors, “I know Portuguese literature very well since after Camões” [poet Luís Vaz de Camões 1524-1580]. His first memory of falling into Guimarães Rosa’s work is when he was fourteen. He had a teacher whose passion was infectious. She would read to the class, entirely consumed by the words, provoking them into understanding. “But he also has a big family with a lot of singing and reading” interjects Afonso, who has assisted to some of Farias’s family gatherings, “I was there with his mum, there is always sixteen people at the table, there is always music, there is always singing”. Farias tells me they are fourteen children, seven girls and seven boys, not to mention the thirty cousins, and that his older brothers used to read to him. Apparently, reciting and singing is something he’s still doing today. So if practicing collaboration needed tools, sharing music and reading out loud are high on the list, I thought.

It was Carlos Antunes and Désirée Pedro who invited Farias to be the chief curator. They met him here in Coimbra, when he was visiting for a conference. Since 2010, Antunes and Pedro are directors of the Círculo de Artes Plásticas de Coimbra, the oldest Portuguese institution dedicated to contemporary art, and in 2015, they launched the first edition of the Biennial. I leave the curatorial troika to seat with the duo in that same café. The pair is a great example of what it means to collaborate, they have been a couple since they were eighteen years old. “It is not important to know that, but actually it kind of is” admits Antunes. They studied architecture, and founded architecture studio Atelier do Corvo in 1996, working together as architects and curators. They also heavily engage students from the architecture department to work on projects that support the Biennal, building architectural interpretations of “third banks” this year, as inspired by Guimarães Rosa’s novel. While we are talking, Antunes is sketching. As I wonder why they choose a Brazilian curator, he explains that it is part of a response to the socio-economic and political North-South divide. “How can we participate to the conversation from the kind of no man’s land where we live?” he says, and referring to Portugal’s long history of colonial conflicts and what has been done in Brazil and Africa, he adds, “we thought maybe we can propose a different axis connected to sunrise and sunset, an East-West axis”.

I am curious to know what they have to say about teamwork. “We always think about collaboration” says Pedro, adding that you produce better by collaborating. “When you work with a lot of people, it can help you change ideas, you realise there are other ways of seeing” she adds, because of the confrontation with different point of views. I understand that this team of many hands, many more of which I couldn’t include here, show us that much fulfilment can be found in embracing other people difference. “It is simple” concludes Antunes, “either you believe that you have all the knowledge within you, or you believe that people can be better than you, and you are ready to listen”.

Lígia Afonso is a researcher on Museum and Exhibition Studies at the Instituto da História de Arte (FCSH-UNL) and holds a PhD in Art History (FCSH-UNL/FAU-USP) with the thesis “GOING OUT: The SNI and the São Paulo’s Biennial in the genesis of the contemporary internationalization of the Portuguese art (1951-1973)”. She is a lecturer at ESAD.CR and at NOVA University Lisbon. She is a member of AICA and has been on juries for awards and selection of artistic and curatorial projects, as well as writing texts for catalogues and magazines, participating in conferences and organizing colloquia with various artistic institutions and also editing publications. She was assistant curator of the 29th São Paulo Biennial; co-curator and editorial coordinator of the Curator’s Lab, Guimarães 2012 European Capital of Culture; co-curator of Cartas de São Paulo (São Paulo) and Histórias da presença portuguesa na Bienal de São Paulo (Oporto).

Nuno de Brito Rocha is a curator, art historian and educator living in Berlin. He is associate curator of Anozero’19 – Coimbra Biennial of Contemporary Art, in Portugal. He currently works at the Berlin Museum of Modern Art, Berlinische Galerie (Dada Africa: Dialog with the Other; Freedom. The Art of the Novembergruppe 1918–1935; Out Now! Art in Public Space), and is an educator at Gropius Bau in Berlin. He worked on the exhibition Maneiras de Expor: Arquitetura Expositiva de Lina Bo Bardi at the Museu da Casa Brasileira in São Paulo. He holds a master’s degree in History of Art from the Humboldt-Universität in Berlin. He was awarded a DAAD grant to research the thesis “The Floating Museum by Lynn Hershman Leeson” at Stanford University in the United States, and qualified as an architect and urbanist from the University of São Paulo (FAUUSP) and the Berlin Technische Universität (TU Berlin). 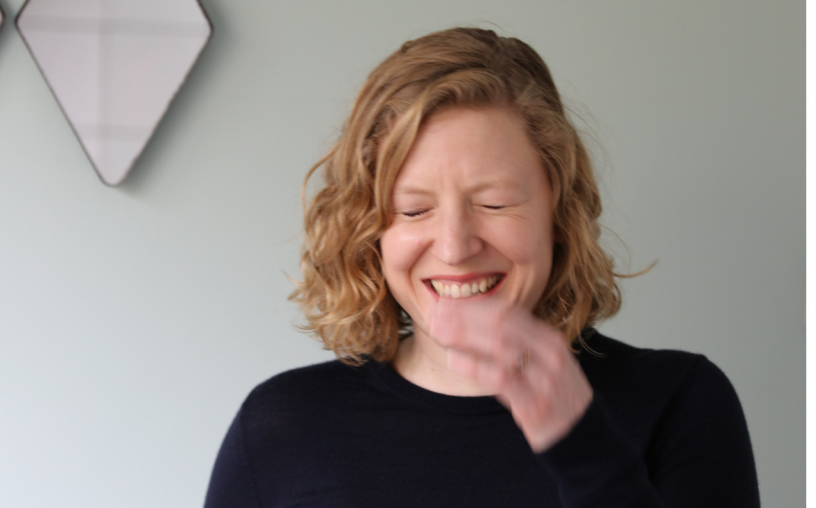 The Performance Art Curator Whose Days Seem Longer Than Ours