Kenyan Society, from Art and Romance to Entrepreneurship. Since curator Lydia Gatundu recommended a book that is no longer available, “Kenya Peoples in the Past” by Kenyan art historian and Harvard-educated journalist and filmmaker Hilary Ng’weno, I reached out again and she kindly shared another volume for our book club. Here is her answer: “the book is called “Different Colours” by Ng’ang’a Mbugua. What caught my attention is how the author used the story of an artist to tell the story of Kenyan society. Since I read this book, I have read at least two more by this author!”. And apparently Lydia is planning on reading more. Besides writing novels, Ng’ang’a Mbugua is also a journalist known for “Reflections on the Wisdom of Steve Jobs” where he considers the business acumen of the founder of Apple, and compares it to some of Kenya’s major companies and successful professionals to inspire a young generation of entrepreneurs.

Forests, Anthropophagy, Stateless Living. Bangkok-based curator Abhijan Toto, of the Forest Curriculum collective, proposed a volume edited by artist Pedro Neves Marques, with a reversible cover that reads either “The Forest & the School” or “Where to Sit at the Dinner Table?”. The book includes writings by the leader of the Brazilian modernist movement Oswald de Andrade who published the Anthropophagic Manifesto in 1928; but also among others, the writings by late Renaissance French politician, writer, and philosopher Michel de Montaigne; anthropologists Hélène and Pierre Clastres, known for their work on stateless societies and indigenous people, in particular the Tupi Guarani tribes of South America; and James Frazer, known for his tome “The Golden Bough: A Study in Magic and Religion” (published in 1890, it’s a classic of world mythology, that still reads well today).

Time of The Writer Festival. Besides her grandfather’s poetry volume printed in 1931 in Sesotho—that gallerist and curator Lerato Bereng would have to translate for us—her literary recommendation was the magical realism of South African writer Zakes Mda. Mda is a multi-awarded novelist and playwright (but also a painter, composer and filmmaker) who teaches at Johns Hopkins University, Ohio University, and South Africa. His latest adult novel “The Zulus of New York”, tells the story of a 19th century proud young zulu who ends up being recruited as an ethnic dance performer for the entertainment of white people in London and New York. Zakes Mda is currently part of the 24th edition of South African and international literary festival the “Time of the Writer”, and will be part of an online discussion this Friday on the festival social media.

Forgotten Geographies and New York Oysters. Wu Ming-Yi is a Taiwanese multidisciplinary artist and writer, and he is curator Erica Yu-Wen Huang’s favourite author. Since curator Zian Chen had already recommended Wu’s book last year, “The Man with the Compound Eyes”—if you haven’t read it, this is your second reminder, I just downloaded it myself—I asked Erica an additional recommendation, and here is her answer: “my other favourite is “Off the Map: Lost Spaces, Invisible Cities, Forgotten Islands, Feral Places and What They Tell Us About the World” by Alastair Bonnett“. And she added: “The book travelled with me to several places, including Helsinki, Hong Kong, Paris, New York, and Taipei. It was recommended by artist friend, Rain Wu. I enjoyed reading it a lot because those hidden places and untold histories have provided a world which I can dive into and escape from reality. But the book also inspires me to observe and dig into those undercover stories that are yet to be forgotten. I am also reading “Big Oyster: History on the Half Shell” by Mark Kurlansky. It has a similar feeling to “Off the Map”, but it mainly focuses on the stories of oyster production and New York”. There you have it! Ask a curator for one book recommendation and you end with three great ones.

Black Renaissance. Recommended by curator Olivia Poloni “Conversations with Chimamanda Ngozi Adichie” edited by Daria Tunca, is a collection of interviews with the multi-awarded and TED talks celebrity Nigerian author. The various conversations cover about 15 years of her literary storytelling and includes subjects such as feminism, colonialism, and race. Poloni also mentioned author Tayari Jones, and in particular her third novel “Silver Sparrow”, that dives into the intricate repercussions of a man’s double life and the life and friendship of his teenage daughters from his two different families. On another note, it is worth mentioning Jones’s latest book, “An American Marriage”, praised by both Obama and Oprah, it also made the Time’s 2021 list of “The 25 Defining Works of the Black Renaissance”. It tells a riveting and intimate love story tested by a wrongful conviction.

The laughter of the waves
is the foam.
“Laughter” by Humberto Ak’abal.

Curator Pablo José Ramírez praised the work of K’ich’ Maya poet from Guatemala Humberto Ak’abal (1952-2019), and specifically the short stories volume “El Animal Humo”. Since Ak’abal books are very hard to come by, besides the fact that only a handful of them have been published in English (if you are a Spanish speaker you can find many more including links on his oeuvre and videos of his reading in Spanish) I am proposing you several recordings of the poet that can be followed in English. Here  Humberto Ak’abal reads in 2001, at the Minnesota Men’s Conference, accompanied by one of his translators Miguel Rivera, and here, an English-subtitled conference given by the poet in 2016, in Guatemala City on the “Popol Vuh”, the Kʼicheʼ people story of creation, also referred to as the Mayan Bible. Finally here—the best listening quality of this selection, if you aren’t familiar with Ak’abal’s work, start here—a 15-min podcast from the Ullapool Book Festival published by the Scottish Poetry Library Podcast.

Sci-Fi Thrillers and Human Behaviour. Curator Lauren Reid recommended “The Three-Body Problem” by Cixin Lin, a multi-awarded popular author and prominent voice in Chinese science fiction, who used to be an engineer in a power plant. This is a trilogy (The Three-Body Problem, The Dark Forest, and Death) that involves a secret military project during the Cultural Revolution and a potential alien invasion, a gripping thriller that involves contemporary questions around morality and technology. Lauren also recommended “Why Fish Don’t Exist: A Story of Loss, Love, and the Hidden Order of Life” by Lulu Miller, a rich biography of taxonomist David Starr Jordan that took Miller ten years to research. Miller is a writer, an artist, and a science reporter for NPR. She co-founded the programme Invisibilia, where they explore the invisible forces that shape human behaviour through psychology and brain science.

A Critic and A Poet. She was an artist, literary critic, and teacher, Eve Sedgwick (1950-2009) is known as one of the authors of Queer Theory. But just preceding the articulation of said theory, her first book, “Between Men” appears to be, in the words of curator Sean Kissane who highly recommends it, less formalised, more intimate, and of course beautifully written. Sedgwick was also a poet, her first volume of poetry “Fat Art, Thin Art”, brings a language that goes inward, in simple but deep strokes, and shows the complexity of Sedgwick’s layered gifts proving that one can write moving poetry as well as establish fundamental theories and criticism.

VIP Studio Visits. Curator Paula Gómez Jorge really enjoyed “33 Artists in 3 Acts” by the hip author of the art world—and former chief art market correspondent for The Economist, Sarah Thornton. Thornton wrote this book after her famed “Seven Days in the Art World” and it retains a similar mix of art world glitter and insider stories told with a candid and approachable flair. Thornton visits star-artists as well as cult ones such as Jeff Koons, Ai Wei Wei, Damien Hirst, Cindy Sherman, Gabriel Orozco, Zeng Fanzhi, Eugenio Dittborn, Beatriz Milhazes, Andrea Fraser, Isaac Julien, and Cady Noland (and some more though the total doesn’t amount to 33). Entertaining and informative, her books give readers an exceptional access to the art world elite as people (and as brand-makers for some). 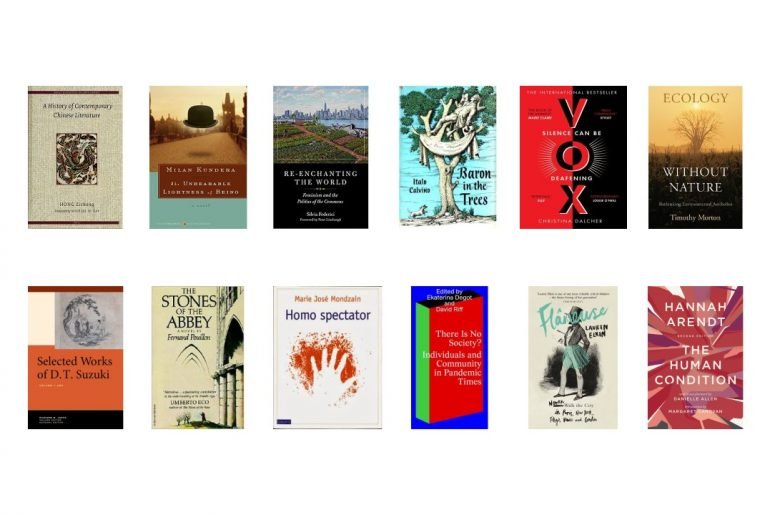 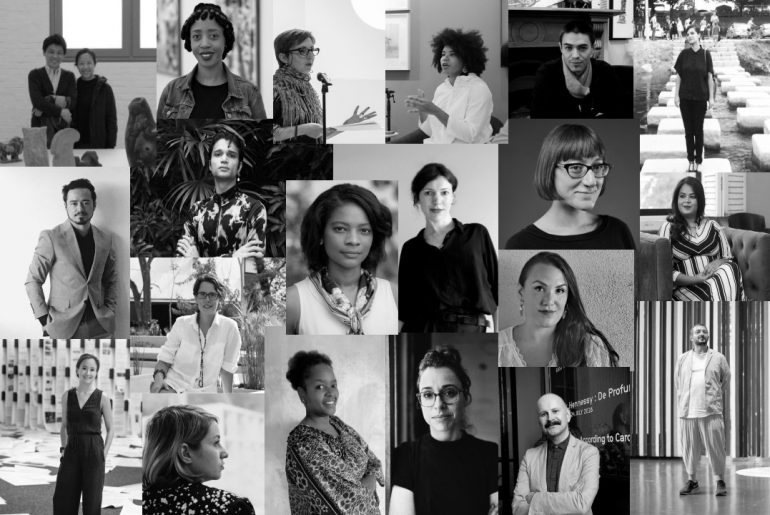