This winter round-up of material read by curators showed a lot of interest for history and empathy. From traumatic common histories in need of acknowledgment and integration in our contemporary understanding of life together, especially in regard to black people, to historical metaphors that resist throughout time without ever being questioned. The following list includes poetry, an essay on the representations of illness, and a travelogue throughout Europe and African-European identities, among an overall selection filled with epic stories, contemporary research with empathy, and a sane dose of hope!

Trailblazing. In our latest Curtain interview with Cape Town-based curator Khanyisile Mbongwa, she mentions a book that spoke to her soul: “In the Wake : On Blackness and Being” by scholar of English literature and Black Studies Christina Sharpe. In this original and powerful work, articulated in four chapters titled “the wake”, “the ship”, “the hold”, and “the weather”, Sharpe departs from her own family story (the death of her sister) to then interrogate the representations of Black life (cultural, daily, historic) against what she calls the “orthography of the wake”, that comprises various meaning of the word, but is here essentially rooted in the history of the slave trade. For this round-up, Mbongwa chose three excerpts from the book that are meaningful to her. The first is what Sharpe herself describes as a refrain to the work, as for a song, an italicised definition of ‘wake’ repeated throughout the book; the second comes from a moment when Sharpe talks about her mother’s awareness of a “larger antiblack world” that structured and is still structuring their lives; in the third excerpt, Sharpe asks for recognition and acknowledgement in a paragraph about her teaching a course called Memory for Forgetting, on two traumatic moments in history, the Holocaust and North American slavery, and their representation in culture, memory, documentation, literature etc.

Wake: the track left on the water’s surface by a ship; the disturbance caused by a body swimming or moved, in water; it is the air currents behind a body in flight; a region of disturbed flow.
[…]
Wake; the state of wakefulness; consciousness. It was with this sense of wakefulness as consciousness that most of my family lived an awareness of itself as, and in, the wake of the unfinished project of emancipation.
[…]
I am interested in how we imagine ways of knowing that past, in excess of the fictions of the archive, but not only that. I am interested, too, in the ways we recognize the many manifestations of that fiction and that excess, that past not yet past, in the present.
(Christina Sharpe, “In the Wake: On Blackness and Being”, Excerpts.)

Other stories of surviving collective trauma. On May 29, 1985, a catastrophic stampede between Liverpool and Juventus supporters, at the Heysel Stadium in Brussels, ended up with 39 deaths and nearly 500 injured. As a result, all English clubs were banned from participating in European tournaments for five years, and the infrastructure of the stadium came into fault. Recommended by curator Aurélie Barnier, “In the Crowd” (Dans la foule, 2006), French writer Laurent Mauvignier (b.1967), writes a novel based on the tragic events of that day, through the entangled stories of various characters (from France, Italy, England) who came to see the match. Their monologues construct a story that unfolds before, during, and after an event that will change their lives forever. Notably, lingering trauma from a tragic collective event is also the theme of this year cinema adaption of another of Mauvignier’s novel, “The Wound” (Des Hommes, 2009), in the movie “Home Front” by Lucas Belvaux, with Gerard Depardieu. Here, several veterans of the Algerian war, who live in a small French village forty years later, struggle to leave the violent memories of the war behind.

Essential Home Travel. “Afropean: Notes From Black Europe” by English photographer, broadcaster, and writer Johny Pitts explores Afro-European identity departing from the term Afropean. “Originally coined in the early 90s by David Byrne and Belgian-Congolese artist Marie Daulne, front woman of music group Zap Mama, I first encountered this notion of ‘Afropean’ in the realms of music and fashion” says Pitts in the introduction of his book that proposes an unhyphenated identity in support of the idea that “being black in Europe didn’t necessarily mean being an immigrant” or, another extreme, part of a cosmopolitan elite—but so much more and in between. Through an odyssey-like journey, illustrated with select black and white photographs, Pitts travels from Sheffield, where he’s from, to Paris, Brussels, Amsterdam, Berlin, Moscow, Stockholm, Marseille and the French Riviera, and Lisbon. It was the Marseille chapter that touched curator Juste Kostikkovaite as she was answering Curtain’s questions during her stay in the Southern French city. A stay that also inspired her to read “Romance in Marseille” by Claude McKay (1889-1948), a Jamaican poet and writer who contributed to Harlem Renaissance.

Turkish classics. Curator Melik Bayik was inspired to research and built an exhibition after reading “Araba Sevdası” (A Carriage Affair, 1896), by Recaizade Mahmud Ekrem (known as Ekrem the Master), an epic love story set during the period transiting from the Ottoman Empire to the Republic of Turkey. Ekrem was a poet, scholar, and government official. He published in avant-garde literature and was overall acknowledged as an educator and a great figure in the Turkish new literature movement. Unfortunatly, there is very little written about him, or translated from his works, in English, for now.

Water and Red. Manila-based curator Carlos Quijon, Jr. shared with us, in his Curtain interview here, an excerpt from the book he reads many times over: “Plainwater” (1995) by Anne Carson. Carson is a poet, recognised for her radical contributions to poetry, a Classicist, and a translator. Besides “Plainwater”, she is also known for “The Autobiography of Red” (1998), a work, both a novel and a poem, that revisits the story of a minor Greek mythological character (Geryon, a winged red monster), transported to the modern world. Here is an excerpt:

VI. IDEAS
Eventually Geryon learned to write.
———
His mother’s friend Maria gave him a beautiful notebook from Japan
with a fluorescent cover.
On the cover Geryon wrote Autobiography. Inside he set down the facts.”
(Anne Carson, “The Autobiography of Red”, Excerpt.)

History and Science Fiction. Curator Robert Crouch noted the beautifully written science fiction novel “Embassytown” by British urban fantasy fiction author and social activist China Miéville. Miéville is known for an original work that openly defies categorisations while often including monsters and social analysis. Eclectic, his oeuvre comprises “October: The Story of the Russian Revolution” (2017), a historical essay that revisits 1917 Bolshevik revolution, and “The City & the City” (2009), a crime and self-proclaimed ‘weird fiction’ novel, where an investigation takes over two cities that occupy the same space (with a 2018 TV-series adaption). Those are three good options to start reading Miéville, if you aren’t already!

Illness is not a metaphor. Mariah Lookman beautifully describes how late American philosopher and filmmaker Susan Sontag’s “Illness as a Metaphor” (1978), contributes to her own thinking about cancer and its aesthetics (in Curtain’s interview here). In this work, Sontag discusses metaphors that belong to the medical and psychiatric realms, from early definitions of illnesses, to their varied literary embodiments with authors such as Keats, Stendhal, or Baudelaire.

My subject is not physical illness itself but the uses of illness as a figure or metaphor.
My point is that illness is not a metaphor, and that the
most truthful way of regarding illness—and the healthiest
way of being ill—is one most purified of, most
resistant to, metaphoric thinking.
(Susan Sontag, “Illness as a Metaphor”, Excerpt.)

We can just be. Lastly, in complement to her interview here, Naz Cuguoğlu, who organises reading groups with her Collective Çukurcuma, sent us her commentary, for this round-up, about the latest book that had a major impact on her. Her answer was instant, here is what she said: “’Água Viva’ by Clarice Lispector, for sure! Lispector has been on my list for a really long time. I got a chance finally to delve deeper into her writing during the stay-at-home orders. At a time, when my brain refused any straightforward and linear thinking, ‘Água Viva’ gave me the chance to accept my fragmented ideas and to be present with my vulnerabilities, by offering an otherworldly perspective about what a narrative does not have to be. We do not have to fit into taken-for-granted narratives to be accepted by society, we can just be, or at least we can try, that is what this book constantly reminded me. Originally published in 1973, it is groundbreaking as an ecofeminist and speculative supernova, with a dream-like and almost-liquid narrative that builds threads among the wise octopus, the sacred monster, selfish pleasures, and many more. It is a meditation on the discomfort of the human condition, a protest against the reality that is always so limiting.” 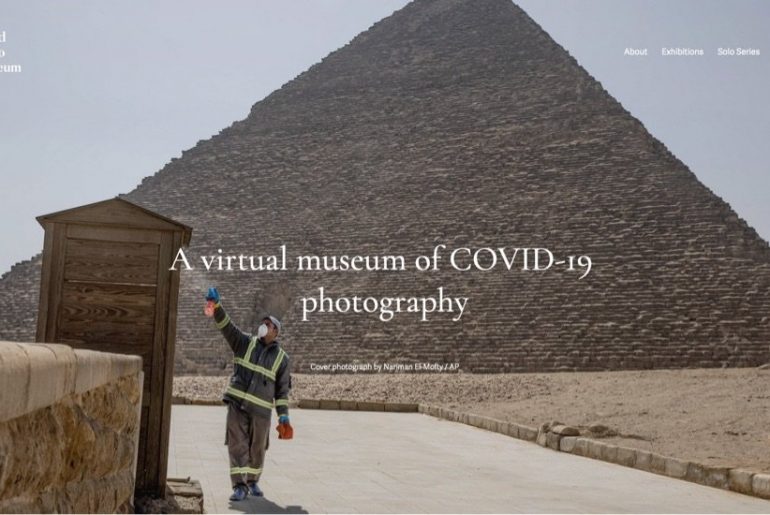 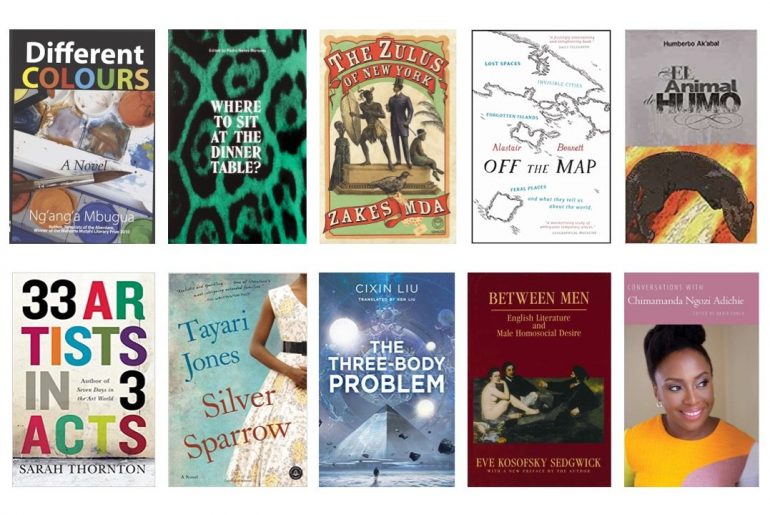 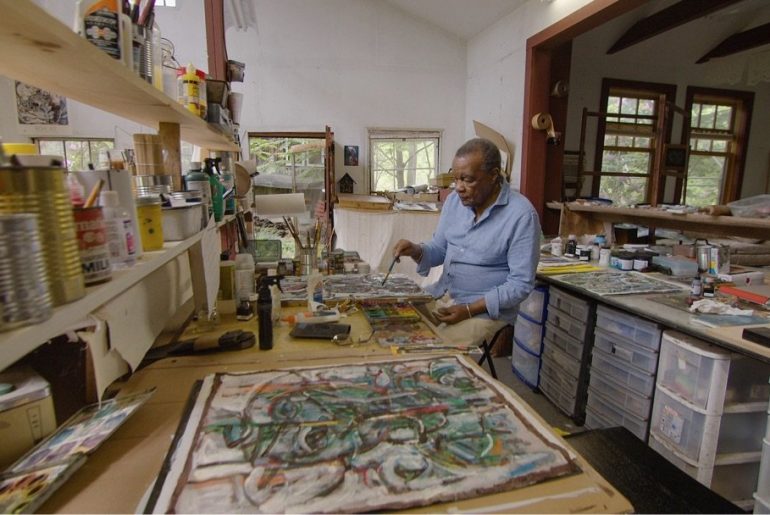