Balancing Art Making and Curating in a Way that Nourishes Both

Art is in the details. I can’t refer to a first artistic memory, but rather to a set of images and objects that were part of my daily life when I was a kid. Like Heidi cartoons, Kitty and Melody stickers, the handicrafts from different argentine regions that my mom used to buy on each holiday, the prints that adorned my house: reproductions of paintings by Bruegel and René Bruseau, for example.

A road traveled. Curatorship was the last stop on a path that began, without knowing where it would end, by a job search, like for any young person whatever their profession. I was born and raised in Mar del Plata, a seaside city 400 kilometers away from the capital. I moved to Buenos Aires when I finished my studies in visual arts, and during the first years I supported myself economically thanks to the scholarships I received. When these ended, I began to look for a way to generate income both to live and to produce my work. I got a job as part of the montage team in a cultural center, then doing production and coordination tasks, until I finally got to curatorship.

A curatorial artist. For me, curatorship is a creative space, a place to meet and exchange between artists. It’s working with others on a common project, building collectively from the ideas and artworks of all. It’s sharing trajectories, knowledge, and experiences. I am a curatorial artist, if there is such a category. I quickly connect with that way of thinking between forms, concepts, and materials at the same time, it’s a quality of artists. I’ve never participated with my work in a curatorial project of my own. At first, I didn’t do it because of an ethical issue, now I think it’s also a creative matter. I feel it’s a bit limiting. Curatorship is precisely what allows me to get out of my own universe and get into that of others.

I especially like to accompany artists in the development of new works and projects, being the vehicle through which they can realize their desired plans. In this sense, some of the best opportunities, in terms of human and economic resources, usually come from relevant cultural organizations. This is why I’m particularly interested in being part of them, and also because I find it very challenging to accompany a cultural project and to think about curatorship in a broader way, and from there to come up with contents. I am learning a lot.

I’m very methodical and tidy. That’s what allows me to work on several projects at the same time. When I have few commitments linked to management and/or curatorial tasks, I dedicate more time to my art work, and vice versa. Both coexist, but I alternate their intensity. They are two instances that complement and nurture each other. I can’t imagine one without the other.

I’m a bit of a nerd and I recognize that curatorship and management are quite fun for me, though we all know that there’re issues which are not so entertaining, that some things are rather tedious. But there’s also some dull stuff when I am doing my art work. In spite of liking work, I have a kind of obsession with holidays. It’s perhaps exaggerated, considering that I am someone who doesn’t have a routine or boring tasks to do. The heat, the road, the sea, the swimming pool, the countryside, I like vacations very much, and at this moment I miss them more than ever! It’s nothing very original.

Specifically, the work as an Advisor of the Visual Arts of the Biennial of Young Art in Buenos Aires involves constituting juries, proposing awards, accompanying the selection and development processes of projects and new works, contributing ideas for the training program, among many other things. But the most important is the relationship with the artists: promoting and building healthy connections between them and the institutions, which is often not easy. It’s about understanding and getting to understand the needs of both, their responsibilities and commitments, their scope.

This year the Biennial will hold its fifth edition. Each one has been different, and I have grown (or aged) with it. In the first one, the artists who applied were those of my generation, my closest colleagues. In the second, I was pregnant—how can I forget it. In the third edition, I was the mum of a very young child. The biennial kept expanding and started to have the Recoleta Cultural Center as its main venue in its fourth edition, while I began my job there as part of its Contents Department. Now it’s time for the fifth one, and it comes in the midst of the pandemic, with an enormous expectation to meet each other again. Beyond the uncertainties, these are forward and backward movements we all have to face.

I really enjoy design and decorative arts. It’s something that I often explore in my artwork. Besides paintings, I have made carpets, stained glass, posters, garden gnomes, armchairs, and cushions. And luckily, I also have the possibility to explore design and decorative arts in my job at the cultural center. Last year for example, I carried out a research, based on a series of interviews with local designers, with the aim of thinking about future actions, generating exchanges, programming, and contents. It was something nice that I was able to do during the pandemic.

The book that haunts me the most is The Baron in the Trees, by Italo Calvino. I love the story and all the imagery that comes out of it, and it’s very beautifully narrated. It was a great inspiration to me, especially when I did a series of paintings called “The Echo of His Laughter”. It still is.

If I wasn’t curating I would be working as much as possible on my personal artwork, of course. And thinking where to get my earnings from, ha-ha.

Laura Spivak was born in Mar del Plata, Argentina, in 1976. She studied at the Martín Malharro School of Visual Arts. She lives and works in Buenos Aires. She obtained funds and grants from the Institut Francais d’Argentine, 2018; the National Academy of Fine Arts, 2014; the Metropolitan Fund for the Arts, 2010; the Argentine Secretary of Culture, 2003; Antorchas Foundation, 2000-2001 and the National Endowment for the Arts, 1999.Among her latest solo exhibitions are: At Laura’s, Elsi del Río Gallery, Buenos Aires, 2019; Candy, Meta! Gallery, Buenos Aires, 2016; Be at ease, Salitas de Espacio de Arte, Osde Foundation, Buenos Aires, 2013; Caramba que sí, Jardín Oculto Gallery, Buenos Aires, 2011; Garden dwarfs, MACRO Museum, Rosario, 2011; Pleasurines, James Baird Gallery, New Foundland, Canada, 2011; and The echo of their laughter, Braga Menéndez Gallery, Buenos Aires, 2010. She participated in group exhibitions in Argentina and abroad, and was selected and awarded in competitions such as the National Salon of Visual Arts, the Arnet Open Air Sculpture Prize, the Federico Jorge Klemm Prize for Visual Arts, the Banco Nación Painting Salon, the Bahía Blanca National Biennial of Contemporary Art and the Manuel Belgrano Salon of Visual Arts. She worked as curator at the CCEBA – Spanish Cultural Center in Buenos Aires and at the Borges Cultural Center Contemporary Program, where she also carried out coordination, production and montage tasks. Since 2013 she acts as Counselor of the Visual Arts Area at the Buenos Aires Youth Art Biennial, and is part of the Content Department of Recoleta Cultural Center. 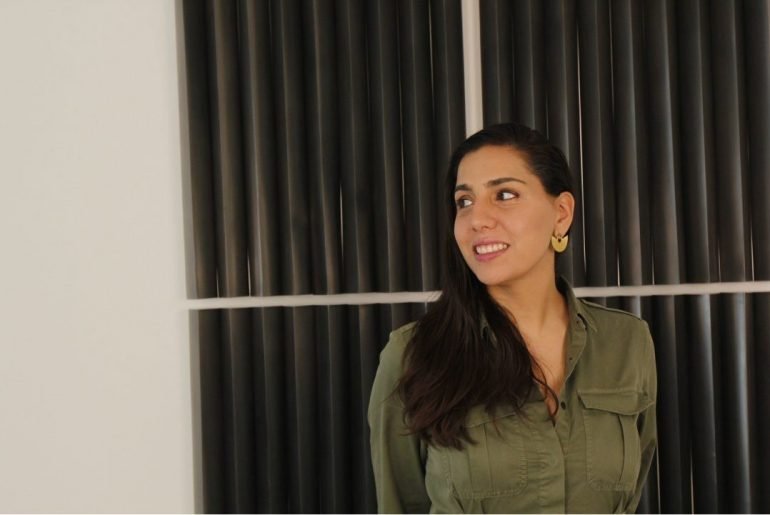 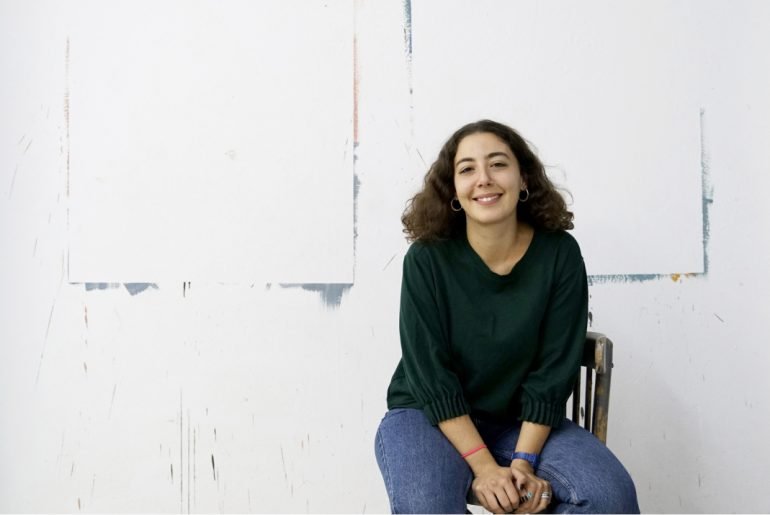 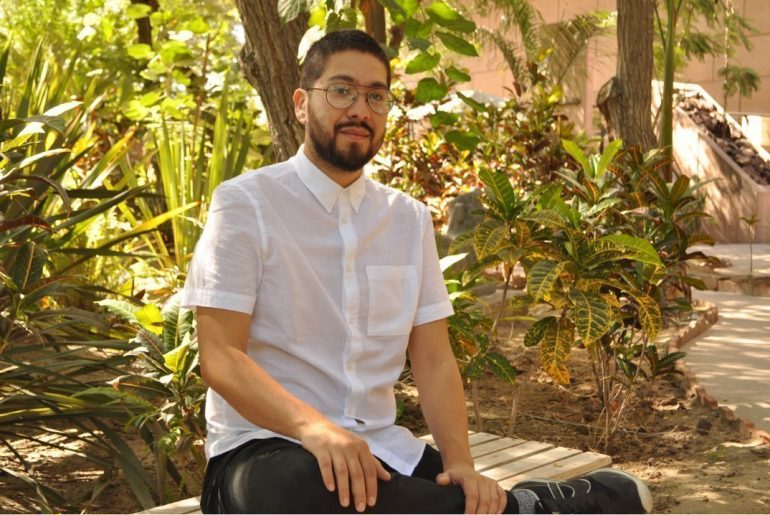