Working in the Middle of the Mediterranean Sea, a Museum Director who Loves Poetry and Dance on his Free Time, Cares for Antiquity and Contemporary Issues

I took this position because I was intrigued by the history of MAN as a museum, which grew from a cultural office of the provincial administration, to a regional, then an independent top level museum. I was also intrigued by its incredible geographical position, being in Sardinia, in the middle of the Mediterranean Sea. The island is halfway between Africa and Europe, and even closer to the northern coasts of Africa than to the Italian ones. This location positions the museum at the very centre of the so many changes coming from the South of Europe that are affecting Europe now, and will keep doing so in the future.

I joined the museum in May 2018. Our mission is to take care of our 20th century collection and produce temporary exhibitions of international scope. At this moment we are focusing on the Mediterranean as an art hub, exploring its southern and eastern parts in particular. This is why we’ve set up a residency programme for artists to stay and produce here, addressing local culture and responding to it. We started this project with two artists respectively from Angola and Ivory Coast, Kiluanji Kia Henda and François-Xavier Gbré. They stayed in residency in Sardinia in the summers of 2018 and 2019 for several weeks. We hosted their solo shows in 2019 and 2020, conceived as a combination of new works and older ones. Both artists confronted local history and social landscape, but in different ways.

MAN has a very emblematic building. It is an art deco palace from the ‘20s, and one of the very few of its kind in town. It is located in the very city centre of Nuoro, in central-eastern Sardinia. I consider this building a personal favourite.

The way I reconcile my personal taste with the mission of the museum is by inviting artists to stay here in residency at MAN and by commissioning new works. This way we combine our mission to engage with the local communities and my interest in scouting on a global level and facilitating the making of newer works. As I previously mentioned, Gbré and Kia Henda were the first to stay here. Gbré developed a diary of photographic notes on the island’s inland areas, visiting neglected and abandoned buildings, old industrial areas, archaeological sites, and the surrounding natural landscape. His visit to Sardinia became, in his works, a cultural and social journey where he alludes to the stratified footsteps of the varied settlements in the island and the memories attached to them, as well as to the colonial era, its victories and defeats.

Something Happened on the Way to Heaven, was Kia Henda’s solo show, and it featured a series of sculptures and installations created by the artist during his time on the island alongside earlier photographic works. In his new pieces, Sardinia’s beautiful landscape was merged with the architectural traces of the Cold War and images of the military bases still present on the island. These are elements that characterise the entire Mediterranean basin today. It is a place of migration and social injustice set against a landscape of idyllic natural beauty.

The best way to work with a team, I found out is to share everything concerning the museum by keeping everybody updated about future programmes, collaborations, etc. We do this at MAN by means of an office conceived as an open platform where pieces of information, ideas and inputs circulate smoothly from one another, mostly by talking to each other, in a direct way.

The best way to know an artist is to work with her, in particular on a new production in form of a commission or on a solo project. These opportunities open up the very personality of an artist, i.e. her way of thinking and making towards the realisation of a new work of art or an exhibition. I could mention the case of Aimée Zito Lema, a Dutch artist with whom we developed a new dance performance when I was curating as the Head of Visual Art Programme for the Steirischer Herbst Festival in Graz, Austria. We staged it at the Joanneum, a magnificent baroque palace and one the oldest museum in town, working with professional and not professional dancers. It was an intense process that allowed us to know each other much better at the end, and I learned a lot about her creative process.

I never curate a show without fully loving the institution I am working for, even in the capacity as a guest curator. It puts you in the right state of mind, because you can identify yourself with the mission of that specific institution and have the pride to contribute to its offer and development.

What I love most about this job is the awareness of the privilege to work on the level of ideas, without having to sell anything to anybody. It’s of course also a lot of responsibility, even more so when working for a publicly funded institution that is supposed to nurture civic ideals, such as the value of knowledge, solidarity, and social growth for the benefit of everybody.

It is time consuming, so what on the other hand, I could do with having more time to read!

To keep sane I go jogging, whether I am in the city I live in or the one I happen to be for work. I also try to enjoy other forms of arts as much as I can, such as poetry and dance. I am now rereading poems by the rebellious and talented American poet Kenneth Patchen. I also follow a dance company from Belgium, les ballets C de la B.

My breaks are a combination of work and pleasure where I travel around Europe and beyond, visiting friends. And I also explore Sardinia! My last trip here has been in the archipelago of La Maddalena, an enchanting scenario of little islands in between Sardinia and Corsica. With no people around in winter time. When I stay in Nuoro, I like reading and enjoying the local trattorias that serve you wonderful traditional food, such as the Sardinian raviolis, the Culurgionis d’Ogliastra or the Filindeu, an Italian pasta typical from Nuoro.

And if I ever need to reset my mind I go skiing in Valle d’Aosta in Northern Italy.

I am not into collecting, and I’ll never be collecting anything else but books. That being said, if I had to be an art collector I would combine very diverse works from antique to contemporary.

I just finished rereading the Gattopardo (The Leopard) by Italian novelist Tomasi Di Lampedusa I found it even more beautiful than I remembered. It is a novel about a charismatic and decadent Sicilian prince set against Italy’s political turmoils of the 1860s.

In curating, when I need to go back to basics I talk to colleagues and art friends to share ideas, issues, and questions. Last time was when I visited Cape Town Art Fair in its 2020 edition. This city is a hub for the African art market with thriving art institutions. A place I decided to visit regularly.

I manage to have a life outside the museum by having good friends that do not work in the art world.

I imagine my 10 years older self is visiting me from the future today, they would tell me that all will be good, and that keeping the hard work will be enough to secure a nice and productive future .

If I wasn’t curating I would be the contemporary poetry editor in a publishing house.

In 2016 he was a fellow of the Artis Research Trip Program in Tel Aviv and curator of the XVI Quadriennale in Rome, Italy.  From 2016 to 2018 he served as a curatorial committee member of Alserkal Avenue in Dubai, UAE. Currently he is an artistic committee member of Art-O-Rama contemporary art fair in Marseille, France and co-curator (with Nkule Mabaso) of Tomorrows /Today at Cape Town art fair in Cape Town, South Africa. Fassi is author of extensive essays for Artforum, Flash Art, Camera Austria, Mousse Magazine, and Domus.

A Museum Director With Eyes Everywhere

In Troubled Times, It Is Good To Turn To History and Hair 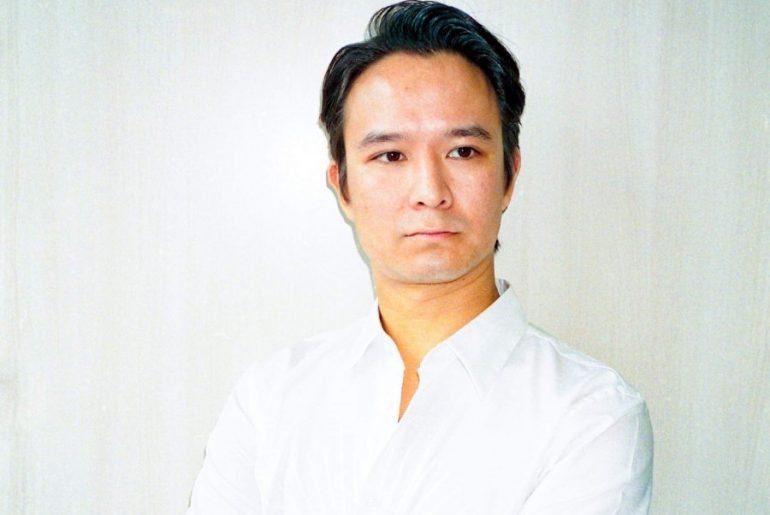 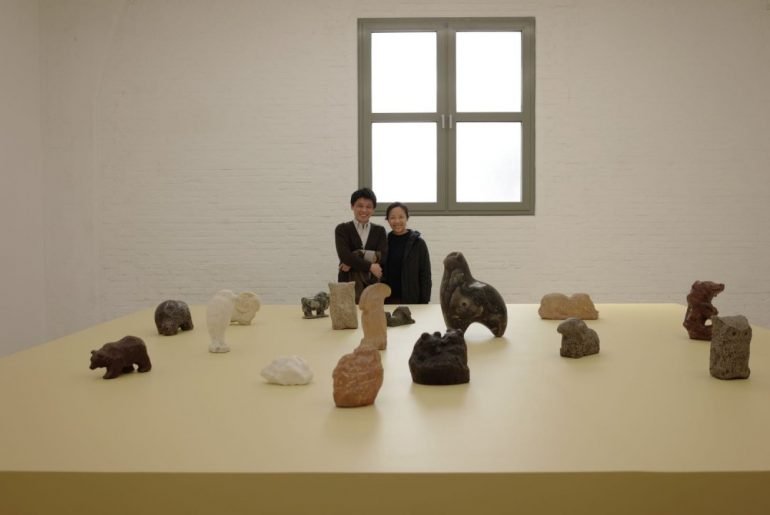