An empirical path to curating. When I finished my undergraduate studies at Universidad de los Andes in Bogotá in 2006, it was a very precarious working environment. Until recently there were no proper art history degrees in Bogota. Curators would study art practice and take many theory classes. So we learned exhibition making through empirical practice. I studied art, then I started working with text a little bit, exploring its plasticity, which led me to use text to speak about the work of other artists. We were organising exhibitions for fun, in friend’s garages where we would play music during the shows, it was all  experimental: an environment of self-invention with no funding. I was considering exhibitions as a collective work of art, and I started thinking that it was more interesting than creating my own work, as I was drawn to exhibitions as a “way of being together.”

Art is a place to look into the unknown. I grew up with scholar parents, my mother was an important figure in the field of gender studies in Colombia, and so is my  father in the field of literary studies. My brother and I received a very liberal education, and both ended up practicing art and music. For me, art was a space of experimentation, freedom, and emancipation, a vehicle for expanding the possibilities of language. Through art, you can look at things that are hidden, including opaque or unlikely connections between disciplines. It is a way of addressing the unknown, and our mental structures.

Exhibitions are about creating moments. Since I wasn’t trained as an art historian I didn’t work in an academic way. It was more about creating moments. Poetry was a source of inspiration. I read Colombian poets such as León de Greiff and works by poets who were part of a movement called Nadaísmo (Nothing-ism). I also love Belgian poet Henri Michaux or polish poet Wislawa Symborszka, and the writings of Simone Weil. As a teenager, I was very drawn to Oulipo, the movement founded in 1960 by Raymond Queneau and François Le Lionnais, where text is used in a radically experimental way.

Leaving, coming back, deciding to be a professional curator. I left Colombia for New York as soon as I finished my undergraduate studies. I worked in the studio of American video and installation artist Dara Birnbaum. I came back in 2009 and decided that I wanted to pursue a curatorial career professionally. In 2011, I was offered a position in Mexico City at Sala de Arte Público Siqueiros, which is part of the INBA, the Mexican national art institutions network. The first important project I worked on was in an experimental telenovela made by Christian Jankowski in association with Televisa Foundation in 2012, where he addressed the social impact of melodrama in class and sexist structures in Mexico.

Researching at the Centre Pompidou at a time when France only started to shift its European-centric and hegemonic art historical perspective. Thanks to a fellowship, I worked in Paris at Centre Pompidou in 2013. It was a programme that gathered researchers from different countries, aiming at enriching the museum’s archives and institutional liaisons regarding modern and contemporary art from specific areas (mine were Colombia and Mexico). We also worked in support of prospective acquisitions for the museum collection, proposing works by artists who were historically overlooked, focusing on women and underrepresented minorities.

Experimental writing and editing. In Mexico City, French curator Dorothée Dupuis asked me to join forces to create an art magazine (out of what used to be a blog). That is how we started Terremoto Magazine thanks to a grant from Museo Jumex in 2014. It was Dorothée’s original idea. I was her first editor and we developed the structure together. I worked on that for two years. For me it was a way to further develop text, experiment, and write together with other practitioners. I was very interested in the parallels between editing and curating. Terremoto is dedicated to emerging voices and covering Latin American regions that are lesser known. It was an interesting labour of expanding networks and researching. As you know, Latin America is a vast region where some parts are very well connected, but most aren’t, due to the coloniality structures that still pervade our countries. For me the magazine was also an opportunity to feature experimental writing that mixed literary genres. One such was artist and writer Lucas Ospina, from Bogotá, who has created a fictional artist character named Pedro Manrique Figueroa (supposedly the precursor of collage in Colombia!). Lucas wrote a piece where he talked about the time when this fictional character was a student at Universidad de los Andes in Bogotá in the 1970s. He used it as an excuse to talk about art history and class issues in Colombia, making fun of the fact that Los Andes was, among other things, the institution where young women from the upper class studied art before finding a husband. Terremoto published these types of writing, as well as exhibition reviews and interviews.

Curating textile. I lived in Mexico City from 2011 to 2020. In 2016, we developed a project with Mexican artist Aurora Pellizzi at L’appartement 22 in Rabat, Morocco. Both in Mexico and Morocco, craft traditions are highly  complex, they are expressions that facilitate community binding and have  elaborate gendered dimensions. Sometimes it is an emancipation space for women to create together. Many times textile implies the use of a complex layering of symbols and geometry to convey matters of daily communal life. My approach is not academic or anthropological, I feel it is important to note as I don’t pretend to speak with authority about a community to which I don’t belong. Pellizzi grew up with scholar parents who studied various indigenous  communities in Mexico, but she approaches the subject of textile from an  artistic experimental gaze. We worked on  a project departing from research on  cochineal, a cactus bug used to extract an intense pink hue that has been used in Mexico since pre-hispanic times. Abdellah Karroum, who founded l’appartement 22 in Rabat, invited me to imagine a project in Morocco. Since Phoenician times communities in Morocco have used Tyrian purple, which comes from shells and was used to dye imperial attire during the Roman Empire. In Pellizzi’s project we looked at the parallels between these practices in both countries, thinking about textile and weaving as traditionally overlooked practices in the Western art canon, and also focusing on the feminine universe where these practices many times take place.

Right now, while on holidays in the south of France, I am reading a novel, “Les Aventures Singulières” (Singular Adventures) by Hervé Guibert, a collection of queer love stories in Paris in the 1980s (and unrelated to what we have been talking so far, but it is a moving book).

I have always worked between institutional and independent spaces. My last institutional position was as associate curator with Estancia Femsa, a cultural and artistic platform founded by Eugenia Braniff and hosted by Casa Luis Barragán (sponsored by the Femsa Collection in Mexico City). The project ran from 2016 until December 2020 and for me it was a beautiful opportunity to engage with the many aspects related to the legacy of Mexican architect Luis Barragán. We commissioned exhibitions by artists such as Franz Erhard Walther, Danh Vō, and Yto Barrada, and we also worked with guest curators such as Inti Guerrero and Elena Filipovic. At the moment I have still some projects up in the air, including a public intervention with Brazilian artist Renata Lucas in Mexico City. We were going very well with it, then Covid happened. Right now it is about being patient and waiting for things to get back into shape. But it is also about understanding that things won’t be the same and that we are inhabiting a new world. But having said that, I am from Colombia, we never had big budgets or big institutional support to create anything, so going back to thinking precariously for me it’s not new, or not so stressful as it could be for other people.

Right now I am advising on a research by Colombian filmmaker Manuel Correa. It is a project based on the Valley of the Fallen (Valle de los Caídos) a monumental memorial made for Spanish dictator Francisco Franco in the outskirts of Madrid. During his dictatorship, many graves were moved from different locations in Spain to fill the vast fascist monument. Correa is working with the last living descendants of dissidents of the regime who were killed during the dictatorship. Their descendants are still fighting today for their remains to be removed from a monument in homage to the regime who assassinated their relatives.

An aspect that is important in my practice is to work over long periods of time with friends. I am interested in following the work of people (who often are friends) over long periods of time. I am keen on seeing how the work evolves over the years, and I cherish ongoing conversations where we evolve and think things through together. There is an important aspect of the affective dimension in my practice. The curatorial field is a shared space: long conversations crystallize this collective existence.

For fun, I have been focusing on cooking food. It has become even more so during confinement. I learned how to cook dishes, such as hummus and elaborated mayonnaises, which I would otherwise have found too time-consuming. I also jump my rope and listen to reggaeton. To be honest, I don’t feel very original in my Covid hobbies.

I don’t know what I would do if I wasn’t curating, but maybe I would be a fashion designer. I am drawn to experimentation with form, visuality, and tactility. When you have a form that is complex enough, it makes you think about other possible worlds, about unknown languages, and new mental landscapes.

Natalia Valencia Arango (Bogotá, 1984) is an independent curator based in Madrid. She served as Associate Curator for Estancia Femsa Casa Barragán in Mexico City (2018-2020), where she organized projects by Pia Camil, Danh Vo, Franz Erhard Walther, Yto Barrada, among others. She has organized projects at Museo de Arte Moderno in Medellín, Sala de Arte Público Siqueiros in Mexico City, Palais de Tokyo in Paris, L`appartement 22 in Rabat, CAPC in Bordeaux, Rupert in Vilnius, among others. She has worked as editor of Terremoto Magazine in Mexico City (2014-2016), South as A State of Mind in Athen (2019) and as fellow researcher at Centre Pompidou in Paris (2013). 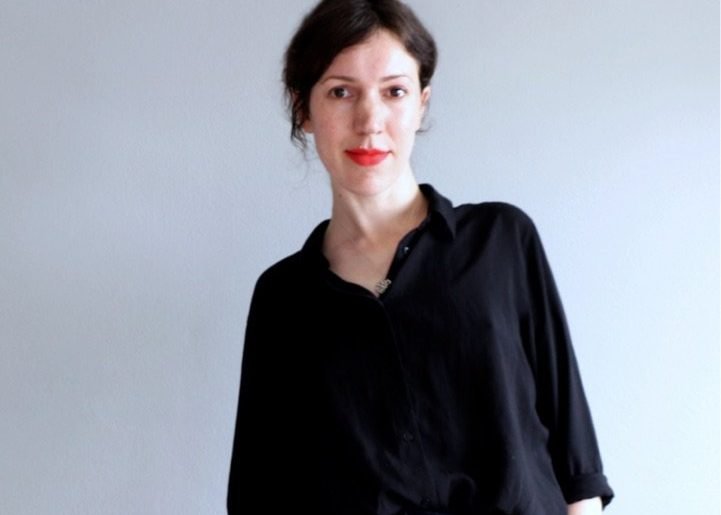 Lauren Reid and Her Cosmic Futures 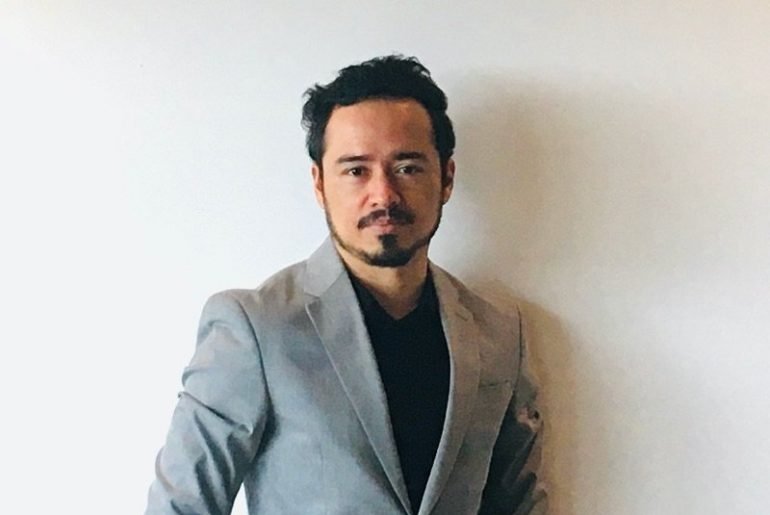 Pablo José Ramírez, Not Restricted by A Discipline 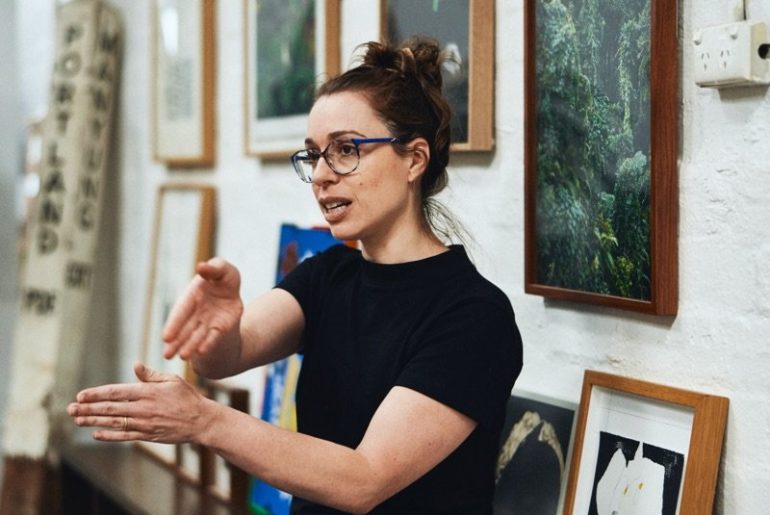