Public Art, Dominican Diaspora, and the Freedom Fighting Art of the ’60s

I started as an art historian. I come from a family where art has always been very present. My mother is a classical pianist. Growing up I was going to exhibitions and concerts, and I had theatre and piano classes. An interest for art and architecture was natural. I started my career in Havana, Cuba. I lived there 5 years, studying art history at the Faculty of Arts and Letters of the University of Havana and being immersed in a rich cultural environment that included a lot of theatre. Cuba offers a different cultural scene compared to other countries from the Caribbean, very multidisciplinary and very open in terms of artistic practices. I did various internships, in a cultural centre, in galleries, and in a theatre space, it helped me define my process. I came back to the Dominican Republic, and later went to Caracas, Venezuela, for a Postgraduate in cultural administration. I had the chance to visit great museums. Venezuela has impressive modern art collections that include Impressionism, Cubism, Opt art, Concrete art, and Kinetic art, and it oriented me to go for visual art and curation.

My first curatorial position was at the Museum of Modern Art, and my first exhibition was “Heroic Dimensions: The Art of the ’60s in the Dominican Republic” in 2001, that I co-curated with Sarah Herman. After that I worked on the co-conceptualization and coordination of a circuit of exhibitions parallel to the “IV Biennial of the Caribbean”, in November 2001, which gathered visual artists from the Caribbean and Central America.

Women, and Diaspora. I am often interested in women’s participation and gender questions, in the visibility and participation of women in art history, issues of violence, and stereotypes women are trying to break from. Also, very early on, I started working with artists from the Dominican diaspora living in the US or in Europe. It’s interesting to think about artists who carry their country with them while developing their ideas in another space. It’s a reflection about young artists working here and those working abroad, about themes of memory. Currently at the Spanish Cultural Center in Santo Domingo, where I worked on various projects in the past, I am showing a group show called Trayectos (trajectories). It gathers Dominican artists living abroad and here. It’s not only about the idea of movement and physical trajectory, but that of ideas, memories, changes, including environmental ones.

Juggling projects during a pandemic. With recents lockdowns we have to manage delays in exhibitions and rethink new timelines for the shows, including for “Trayectos”. We had to create activities to maintain a connection with the audience. We started streaming dialogues (in Spanish) from the artists’ studios and me at home, not knowing for how long cultural venues would be closed. Ultimately the show became richer from it. Several artists of the exhibition do not reside in the Dominican Republic. Brussels-based Dominican Lebanese artist Fued Yamil Koussa was in Madrid before the pandemic, and by the time he arrived here, he had to quarantine in isolation in a very small place. He started a whole process of experimentation, taking photos of that small space, especially of a wall and how its surface was affected by the changes of the tropical light throughout the day. The light is so bright here that when its midday, a blue wall may seem white. We ended up showing this photographic series, printed on Arches Handcrafted paper, instead of his architectural photography we had selected initially.

Emerging Artists. Another subject is working with young emerging artists. Many of my shows are dedicated to artists who have just graduated from the academy. I am interested in their early investigations, when they are looking for what is theirs and makes them different. It makes sense to have the support of a curator during that research.

Since last year I started organizing an association of Dominican—or foreigners, based in the Dominican Republic—art historians, called the Dominican Association of Art Historians (ADHA). We are about 23, from various nationalities or from the Dominican diaspora. With time we’ll invite art practitioners from other professional backgrounds.

The impact of public art. In this country, if you want to have public art that lasts, you need a lot of authorizations, there is a lot of bureaucracy. I worked with many artists on public art projects, especially in the historical centre of Santo Domingo. For instance, I worked on a collaborative project initiated by artist Charo Oquet, “Contexto Santo Domingo”, in 2003, with artists Pascal Meccariello, Pavel Lerebours, and Mario Dávalos. Meccariello, who works with performance and installation, created paper lamps as offerings with his likeness printed on them, that he placed in abandoned symbolic sites, such as the derelict fountains in the historical center. Dávalos’s work was more provoking, with an intervention on a square that was used for the sugar cane slave trade. I have also done a lot of research on Dominican muralism and urban themes. We live in an environment of unregulated urban development and we are going through a messy and violent growth where pedestrians are not taken into account.

First thing, the studio. I get to know the work of an artist by visiting their studio. It’s the first thing I do. I like to have our first dialogue in their working space. From there on, we see if we can work together. And even if we only have zoom, I ask artists to give me a little tour, I think their studio has an authentic energy and chemistry that lets me know the person.

I practice Tai Chi. I am a volunteer, early on I volunteered on environmental projects and later on social projects, such as working on alphabetization programs and giving art history classes. In one of my volunteering groups I started practicing Tai Chi. I later went on a teacher’s program to Costa Rica and El Salvador. Tai Chi gives me tranquility. I am a very active and passionate person and I need to balance it with this space for calm.

The last book that really inspired me is Sarah Thornton’s “33 Artists in 3 Acts”. Ever since I started working at the Museum of Modern Art, I believed in a certain way of interviewing artists, that allows to enter their environment in a different way than through their artworks only. I find the turn Thornton gives to her interviews very impressive, she unravels not only the individual but also their environments. I also like the comments she makes, by presenting the great in their practice as well as their ego.

I make baked cheese, sprinkled with Turmeric and pepper. The recipe is easy and delicious. Place slices of white cheese in a pyrex and sprinkle turmeric and pepper between the layers. Take it to the oven for 15 minutes, or until you see that it has melted and golden on top. Serve it still hot, and accompany it with pita chips. Ideal to share in a family gathering and with friends!

I love Mozart. He’s one of my favorite composer. I love the spark in his work, the energy and the musical vibrations. Growing up, we lived in a complex of townhouses. My brother played the piano every morning at 5 am before going to school, but unlike us, our neighbors did not enjoy it very much. Classical music used to be associated with sadness because it was the music radio stations would play during the Holy Week. When I work, I listen to classical music, it keeps me focused. To relax, I listen to music with nature sounds. My husband and I recently found many Vanessa Mae’s concerts on Youtube. She’s an extraordinary violinist who mixes Mozart with modern rhythms. We are loving it!

I am currently working independently on a historical research project in the National Archives (AGN) on the art of the ‘60s in the Dominican Republic. It was a troubled political time that started with the assassination of the dictator Rafael Trujillo and the end of his dictatorship, the coup against the first democratically elected president Juan Bosch in 1963, and the Dominican civil war and second North American intervention, known as the Patriotic War or the April War of 1965 (1961-1965). Works of art were created in a context of combat, where artists went between a fighting detachment to producing art. There were performances, poetry recitals, musicals, plays… Among others, I am looking into the work of artist Silvano Lora (1931-2003), leader of the constitutionalist cultural movement who organized several painting exhibitions in 1965. I intend to deepen this research and gather all the documentation in a coherent archive.

If I wasn’t a curator I would be an architect.

Paula Gómez Jorge is an independent curator and art consultant. Holds a Ph.D. in art history from Universidad de Granada, Spain and a M.A. in Art Market from Universidad Nebrija, Spain. Based in Santo Domingo, currently developing curatorial and research projects on contemporary Dominican art. Likewise,  she catalogues and curates private collections. She was Director and chief curator of ASR Contemporary Art Gallery (2014-2018), Director of the Museo Bellapart (2005-2011) and curator of the Museo de Arte Moderno (MAM) in Santo Domingo (2001-2003). Along with the research and curatorial work, Paula Gómez Jorge has taught  art history, curatorship, and collections at various universities in the Dominican Republic. Co-author with Jeannette Miller and Maria Ugarte of “Dominican Murals” (2000). She has curated and organized multiple exhibitions, including: “Beyond Alterity” Contemporary ASR Gallery, 2018; Eleomar Puente “Bridge Beauty under your feet”, 2017; Iliana Emilia Garcia “The reason/the object/the word”, 2016; “Dialogue of Two Worlds”. Museum of Modern Art, D.R.; Limber Vilorio “Flying Shark” Gallery ASR Contemporary; “Modern Dominican Art. Narratives and Imaginaries”. Casa de Iberoamérica, Spain, 2010; “Assimilation and Transfers. Spanish Art in the Dominican Exile”, Eugenio Granell Foundation, Spain, 2011; “Around the Line 100 years of Dominican Drawing in the Bellapart Museum”, 2006; “Heroic Dimensions: The Art of the 60s in the Dominican Republic”, co-curated with Sara Hermann, Museum of Modern Art, 2001.

Sean Kissane, Curator of the Edges 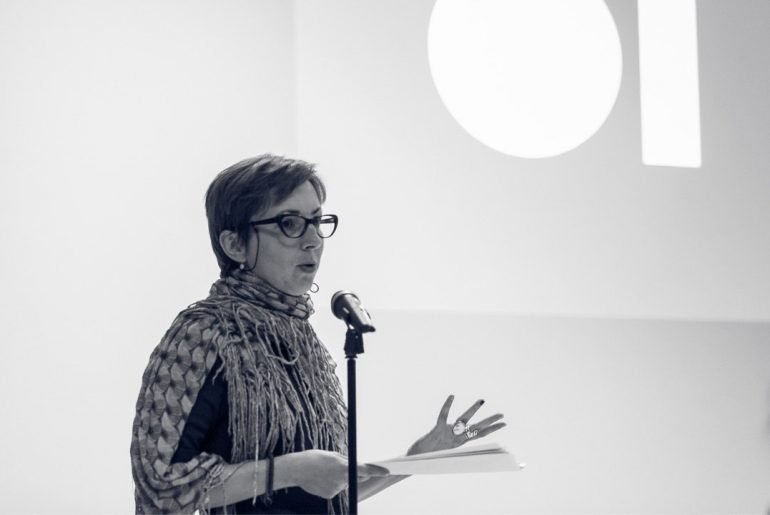 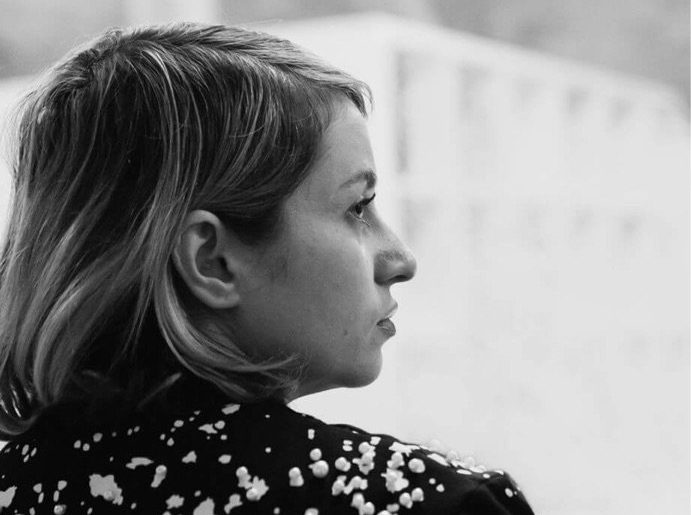 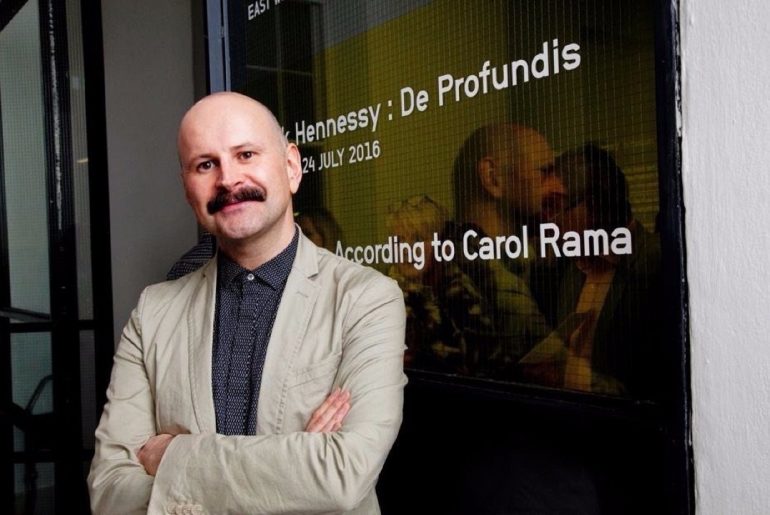 Sean Kissane, Curator of the Edges