About the challenges to show works in glass-enclosed buildings, considering proportions, adapting exhibitions to each space, and social engagement in architecture.

Architecture has a very important role in the art world. We know of the many museums built by renown starchitects seeking to establish themsleves onto the international art map. But architecture also has an important role in the way we think exhibitions, from their presentation to the engagement they can potentially create with their audience. A central part of making a show is scenography, and this is something that I want to explore further in Curtain. To that effect, this week I am bringing you a talk given by Andres Lepik, on “Curating Architecture as Critical Practice”. This lecture was organised and moderated by Yann Rocher (Paris-Malaquais School of Architecture) and Thierry Leviez (Beaux-Arts de Paris), in November, 2020, as part of an international conference series on exhibition design and scenography. Lepik is the Director of the Architecture Museum at the Technical University of Munich (TUM) and Professor for architectural history and curatorial practice. I am delighted to share some of the highlights from this captivating talk, which I am sure is not only interesting to architects. And for those of you who feel encouraged to review it in its entirety, please find the link here.

MoMA, 1932. Lepik begins by referencing the landmark 1932 exhibition at the Museum of Modern Art, in New York, “Modern Architecture: International Exhibition”. At the time, the museum resided in an office building. Lepik stresses that although it is one of the most important exhibition of architecture of the twentieth century, it had to compromise with an office-like setting. Nevertheless, what was previously only shown in schools and universities, was finally brought to a wider audience, inside an art institution. Spearheaded by then first director of MoMA, Alfred Barr, this show launched the idea of a multidisciplinary approach for the museum, encouraging the integration of other disciplines besides the visual arts such as photography, architecture, and film. It also resulted in the creation, that same year, of an architecture department at MoMA. Outside of MoMA, it also contributed to create awareness about the discipline by opening a welcoming market for architects. In particular for the many figures of the Bauhaus movement who were soon to exile from nazi Germany, and found themselves looking for positions in US universities.

Showing Architecture within Architecture. Back when he completed his phD, Lepik focused on architecture models, specifically from the Renaissance. Those tall beautiful wooden renditions weren’t used for construction, but for planning and presentation. Because of his dissertation subject, after his phD, Lepik had the opportunity to work on a travelling exhibition of wooden architecture models from the Renaissance, when it reached its Berlin chapter at the Altes Museum, in 1994. He mentions this in reference to a later instance when he worked with MoMA and had the opportunity to work again on an exhibition at the Altes Museum, but this time showing the work of German-American architect Ludwig Mies van der Rohe, for the exhibition “the early career of Mies, 1907-1938”. Drawing from his previous experience, his team created architecture models of Mies’s work, in particular his 1921 glass tower (see screenshot above).  Both exhibitions were framed by the structure designed by Karl Friedrich Schinkel, the architect of the Alves museum, but obviously they looked quite different within the space. And although Mies’s was a near contemporary of Schinkel, the presentation of the model in that background enabled to show the radical shift his vision brought to architecture history.

Glass-enclosed Exhibition Spaces. Mies is also the brainchild of the Neue Nationalgalerie in Berlin, where Lepik worked after MoMA. This experience taught him about the challenges and rewards of building exhibitions in glass-enclosed spaces. As an introduction, he presents examples of curators who tackled the same challenge by either erecting display walls or who resorted to completely hide the space within a fabricated white cube. When he started there in the early 2000s Lepik had the opportunity to curate an exhibition with Renzo Piano. He convinced him to rethink the whole concept of the show, because it had been conceived as a packaged touring exhibition, ready to deploy. Piano accepted, and reconsidered all the proportions of the display, creating large hanging installations integrated within Mies’s specific grid. He “learned the language of Mies, and expressed his own words within the space”, says Lepik, who believes it was one of the best installations ever done within the specific glass volume that is the Neue Nationalgalerie. Anecdotically, his experience allowed him to later deter Rem Khoolaas, another starchitect he had the opportunity to work with there, from burying the place by converting it into a flea market, as Khoolaas had initially envisioned. As a result, the Dutch architect came up with a use of the space that was at once in tune with Mies’s design yet extremely powerful and personal, relying also on hanging installations and making the best of the gallery’s proportions.

Trusting the Public, Showing on the Floors, Cartoons, and Socially Engaged Architecture. When Lepik moved to New York and worked at MoMA, one of his project involved him looking at architecture as a participatory process, rather than focusing on starchitects. He wanted to underline what he calls a social turn in architecture in the early 2000s. Lepik stresses the blessing and the curse that is to have an in-house exhibition designer and the challenges to then creating settings that would be specific to each exhibition, so they do not all look the same. He organised the exhibition Small Scale Big Changes, a show and a series of workshops—something Lepik seems to insist a lot on, within the framework of participatory architecture—aimed at highlighting international architectural projects that served more than the infamous 1% of the population. He continued on developing exhibitions on socially engaged architecture when he eventually moved to Munich and started working at the Pinakothek der Moderne. For instance for the exhibition “Afritecture”, which he developed through a networking platform with young architects from Africa. He also hired a young office in Berlin to design the exhibition space and they decided together to uncover the windows to encourage people to come in and to create a dialogue with the city. They used the floor as an additional exhibition space and commissioned a graphic designer to create cartoons with stories from the practices on view. Visitors took their shoes off—which took some convincing the museum guards—and were invited to leave their comments on sticker notes on the exhibition walls, thus constantly changing them in an ongoing conversation with the museum staff. Lepik notes the importance of trusting museum goers and creating tools to harvest their intelligence. In addition, they created fake storage shelves for a backstage feel and brought the backstage of the museum front stage, to tell the history of the collection.

The Q&A part of the talk had great interventions, revealing Lepik’s dedication to partner with students and seek expertise outside of the institution he works for, inviting young curators and architects who may not have opportunities where they are to develop big exhibition projects. “I feel my role more as a moderator towards an exhibition concept” he said. He stressed the importance to work alongside future generations, constantly creating group conversations, and made a reference to the Soviet Union notion of social condensers, these architectural places made as meeting places and how they could apply to contemporary times. He also talked about the relationship between curator and scenographer and how they can influence each other during the curatorial process, about the fact that it goes both ways. He mentioned creating an engaging entrance to the museum to make exhibitions inviting to visitors. And on a practical level, he answered questions about funding, which is always challenging, even for institutions, which need to create fundraising campaigns and find additional partners, for instance, he mentioned that the production of a catalogue alone demands for at least 20 to 30,000 euros. One of Lepik’s current involvements is the exhibition “Who’s next?”, which is now at the Architekturmuseum, in Munich, until February 6, 2022. In par with Lepik’s interest in socially-engaged architecture, this show considers homelessness, and our collective response to it. I hope you find his trajectory and interests as fascinating as I do, and will be curious to know more.

“Curating Architecture as Critical Practice”, was a lecture organised and moderated by Yann Rocher (Paris-Malaquais School of Architecture) and Thierry Leviez (Beaux-Arts de Paris) in November, 2020, as part of an international conference series on exhibition design and scenography. Lepik is the Director of the Architecture Museum at the Technical University of Munich (TUM) and Professor for architectural history and curatorial practice. 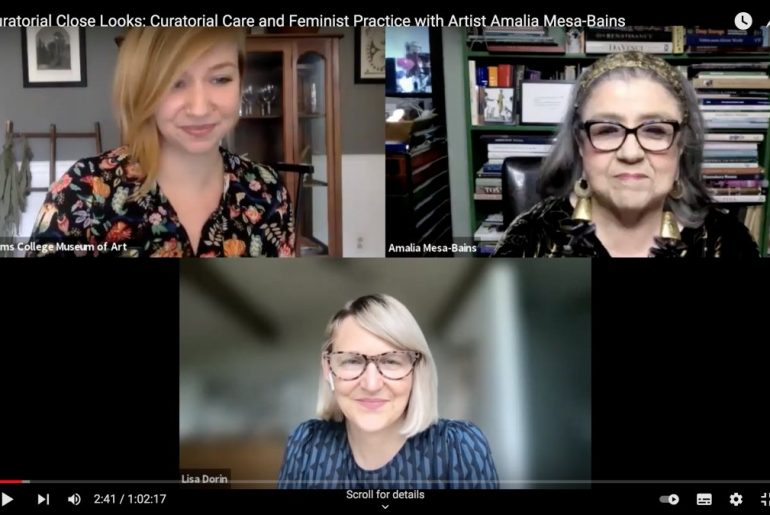 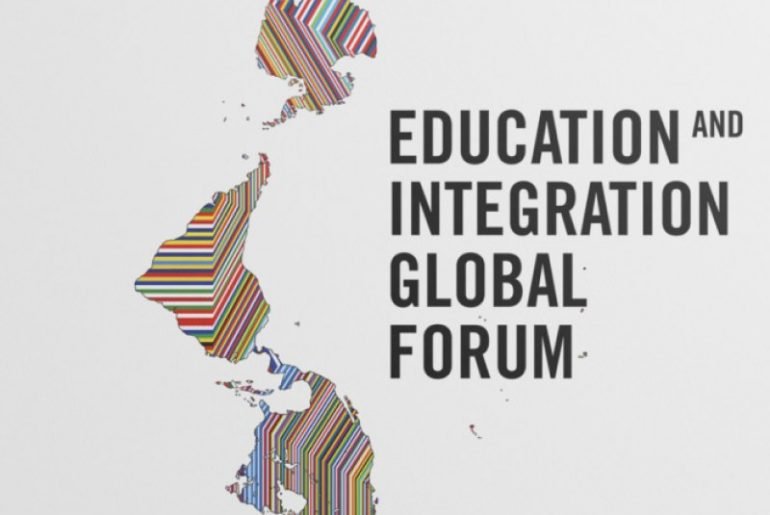