Cecilia Alemani is an Italian curator who made her career in the US and started her curatorial practice as an independent curator—wanting to keep open many paths and directions—until in 2011 she became Chief Curator of High Line Art in New York. She’s also the artistic director of the upcoming 59th Venice Biennale, “The Milk of Dreams” that is opening this April. In this conversation she talks about her experience curating art in unusual places, in particular during a previous Venice experience when she curated the Venice Pavilion during the 2017 Venice Biennale, but also curating public art for the Art Basel Cities: Buenos Aires, and of course her ten-year experience curating at the very unusual space that is the High Line.

The High Line, background. “In my whole my 20 years of career I’ve never really worked in a traditional white cube museum, I always wanted to take the challenge of working with unusual spaces” says Alemani. She begins her presentation with the High Line, a former elevated train line built in the 1930s and running among the city’s buildings. It was abandoned in the 1980s, and eventually saved from demolition by the non-profit association Friends of the High Line created by local residents and with a number of Chelsea galleries as early supporters. In 2009, the High Line became a public park, owned by the city of New York but managed by Friends of the High Line, and at the same time, the High Line art program was launched, aiming at commissioning and producing new art works that can be seen in or from the park. Each work is shown for 12 months, in order to leave them be through all of the four seasons, no plants are removed or added, and sometimes works are showcased in parts of the park that haven’t been restored yet. Recent numbers show 8 million visitors to the High Line per year.

Public art doesn’t have to be a sculpture. Alemani says that they wanted diversify the idea of public art and include many other mediums, formats, and forms of expression, which besides sculptures—that of course they still show—includes video, billboards, murals, and performances. She gives examples of installations that reflect the complexity of curating in the park, such as El Anatsui’s wall sculpture installed on an adjacent building—in par with a vision that includes the whole landscape surrounding the High Line; Adrián Villar Rojas’s “The Evolution of God”, a series of soil and clay cubes mixed with varied organic materials that were left to cure for two months and expected to crack and overgrow, which included a wild element potentially challenging for a predictability-conscious curator; or Olafur Eliasson’s white Lego participatory tables attracting hundreds of thousands of people from the audience.

She goes back to the experience of curating the Italian Pavilion in Venice. Located at the very end of the Arsenale, it’s the largest national pavilion in Venice and the only one paid and produced by the biennale, which gives Alemani a welcomed previous experience with the institution for her current role as curator of the Venice Biennale this year. Back then the challenge for Alemani was to embrace the huge space without fighting against it, say with poorly thought partitions, as it had been the case in some previous editions. For Roberto Cuoghi’s installation “Imitation of Christ”, they did create a sort of labyrinth of cells—the work asked for rooms with monitored temperature and humidity for a decaying process with organic material that resulted in the production of sculptures. I the second space, the work of Giorgio Andreotta Calò took two months to install, including the building of a long pool and a large mirror. “I’m sure there are people that have done that in museums” says Alemani, but she emphasises that because the Venice Biennale is a less traditional institution it allowed her and the artists to be experimental.

More unusual spaces were diverted to show art when in 2018, she curated several public spaces art works for Art Basel Cities in Buenos Aires. It included artists such as Barbara Kruger who realised a large painting on a grain silo or a 1960s multiple projection installation by Stan VanDerBeek in a planetarium. She shows a solid selection of slides with the works of the various artists part of that exhibition, with many venues ranging from  industrial spaces, historical structures and parks, a botanical garden, a fishing deck, to interventions in quirky museums.

How to be popular without being populistic. Questions from the audience of the talk covered a varied range of subjects. One mentioned the issue of dealing with the heterogeneity of the visitors in the public space, and if it can affects the curatorial process. Alemani mentions that when she started working at the High Line she was conflicted about trying to be popular without being populistic, after all the larger part of her audience wasn’t made of art lovers, and she was concerned about bringing in something more conceptual. But then she stopped thinking about it as a challenge and embraced it as a way to bring a more diverse program. “To me the most rewarding aspect of my job is to sit on a bench on the High Line and just listen at people’s comments in all different languages. They all get it, it’s hard, maybe they don’t get that that’s a reference to something that the artist had specifically in mind, but in the end I want to work with artists that understand the beauty of bringing their work to such a wide audience, and who are able to create artworks that offer different entry points,” says Alemani. She also defines a successful artwork in the public space as one with which people interact, even if—as it happened once—it is to shout at it.

Another question was concerned about the strategies that a curator can employ to show contemporary art in historical places. Alemani draws from the various projects she has lead to show that every case is different and has a particular context whether it is the dramatically changing landscape that surrounds the relic that is the High Line or exhibiting in underrated places such as the museum of the fake in Buenos Aires.

Starting with the site in mind. Other questions delved into the issue of whether or not the curator should start from the site when commissioning works to artists in unusual spaces, which Alemani approves of, and what to include in their brief. Alemani always starts from a site visit, and leaves a carte blanche to the artists as they might also come up with spaces she didn’t think off. In a way she speaks of striking a balance between being “present and helpful, supportive but detached,” and gathering a team behind the artists to produce and support works that can be touched by 8 million people and taken over by the public space (in the particular case of High Line).

She answers more questions, one about the choice of making an open call for the High Line plinth (a programme copied after the London fourth plinth project) which Alemani says allows them to invite different voices but also learn from the scene; someone asked about how it was to work with Roberto Cuoghi (wonderful was the answer); and another was about the role she wants to play as a curator in the future. “I always thought of myself as a facilitator not as a curator-author. I think I want to be there to support the artists and really fantastic visions and projects” says Alemani, adding that although she doesn’t know what the future holds, she hopes curators can be the facilitators between artists and institutions, including the taking care of the boring admin and bureaucracy, fundraising, and the technical stuff.

Conversation organised by Curatorial Studies at KASK on October 29, 2020.

To listen to the full talk, please go here. 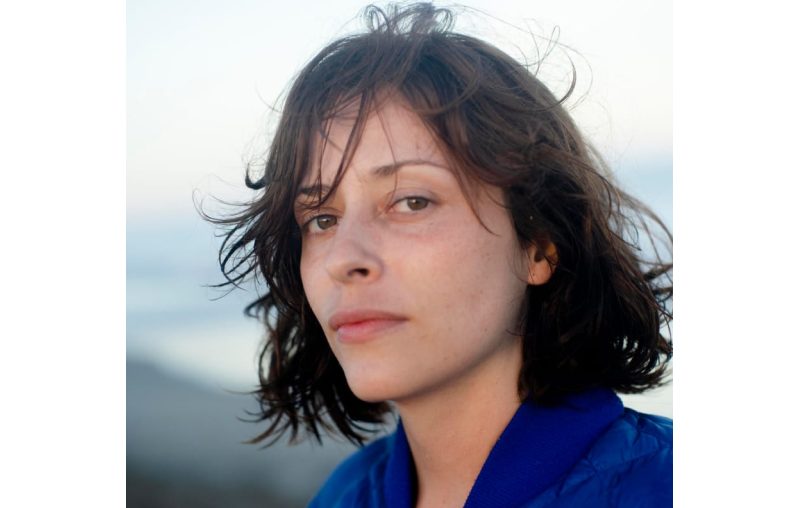 Merlina Rañi, Curating both in the Digital and Physical Spaces