I like to look at adjacent disciplines, which expressions of skills and observations I believe can be transferable and allow art curators to reflect on their own practice. In par with this, this talk is a presentation by Fuensanta Nieto, co-founder of Nieto Sobejano Arquitectos and professor, where she introduces some of the projects her firm worked on. What is very worthwhile is to pay attention to their way of starting from studying a site’s history, materials used, urban and natural landscape, light, lines, ambience, and proportion, and how they apply their findings as guidelines for a storytelling throughout all the phases of the project. “When we work on a project we like to, and do try to, understand very well the space or place in which we are working. I am speaking of the relationship to an archeological site or to the landscape, both natural or urban, or maybe about the art exhibited …” says Nieto in guise of introduction. They talk about a design methodology that works with context as a fundamental element, and that includes attempts to take breaks during the completion phases—of the art museum and music-related buildings they are working on—to check if they remain respectful to their starting thought. They believe that a building is created from an idea, and if you remain in a process where you understand that idea—you can continue it (they do a lot of restoration work). “A book, within a book, within a book” is a way of thinking described by Nieto.

Blend in by pivoting your POV. Nieto first speaks of the Madinat al-Zahra museum, built on an important archaeological site in the outskirts of Cordoba, Spain, and the first of Nieto Sobejano Arquitectos’s projects, in 2002. From the very beginning, they adopted the point of view of archaeologists (instead of architects). They wanted to reflect the grid used by archeologists and the proportions, lines, rhythm of the columns, and plans of the ancient city (a double square) for the construction of the museum, as well as the materials and colours of the ancient city of Madinat al-Zahra—white and red. They also purposefully channeled light and created shade through a series of patios attached to the different spaces of the museum. “If you understand the concepts in which these buildings were created, it’s easy to replicate” says Nieto.

Watch for patterns and light. From Marrakech, Nieto presents an uncompleted project for the Maaden Art Museum (which is on hold because of the private client’s bankruptcy). She points at how they used aerial views of Marrakech’s Medina, noting its patterned grid—a city centre built “by the addition of things”—which is echoed by the landscape through the repetition of trees, and by the ceramics flooring the local houses. They also noted how the strong Morrocan light was filtered through thick tall walls built close together in the Medina, and they conceived a building made by various additional volumes and skylights to distribute light throughout. In Graz, Austria, in its UNESCO-protected city centre, they created perforations for the Joanneumsviertel that allowed light to flow even into the second part of the basement, with the older building reflected in the glass constructions. In Lugo, Spain, for the Interactive Museum of History, they worked with the topography of the space, and used the form of the cylinder as a repeated motif, as well as corten steel—including for see-through constructions—to link with the industrial site the museum was built on.

Projecting artworks on the outside. In passing, Nieto insists that everyone interested in architecture go see the Mosque in Cordoba, where her firm also worked on the Contemporary Art Centre. The building was conceived with repetitive motives, a particular attention to geometry, extra modular walls to separate exhibitions spaces, an acute attention to light circulation and light effects, as well as a media facade rotating visuals of what artists are working on in the inside. Similarly about using facades to lure the eye in, in Hamburg, the firm worked on the Montblanc Haus, for their collection of pens and art. The departing point being the logo and the company’s competitive spirit, the building ended up reflecting the luxury boxes the pens come in, with a mountainous landscape on its facade on which projections are screened at night. The building is due to open this month.

Don’t overdo it, minimal interventions. In Valladolid, Spain, for the National Sculpture Museum, the firm was in charge of restoring a place where monks used to study physics and metaphysics. For this project, they kept changes to a minimum, rediscovering some elements of the structure, and only adding some doors and corridors for circulation. And in Halle (Saale), Germany, for the Moritzburg Museum, they understood that the concept of ruins was very linked with the imaginary of the city and the region. They created a new roof landscape with shapes in dialogue with the roofs of the city of Halle and to the art exhibited. The roof allows to hang artworks from it, but leaved the area underneath completely untouched and ready for restoration and the walls free of columns.

Old and New, Respectfully. In San Sebastian, for the restoration and extension of a 16th century convent—the San Telmo Museum—they studied the city and the greenery of Urgull Mount, adjacent to the convent, which is also framing the narrow space they were to create an extension. They looked at existing geometry and worked on a new facade with two artists with whom they walked on the mount and looked at natural elements and patterns—to reproduce them. They kept proportions of the cloisters for the new exhibition spaces, and used contemporary architecture with existing architecture with “a distance of respect”, literally the structures stand together but don’t touch.

Always Back to History as an Anchor. In Dresden, they worked on the building hosting the museum of the Archive of the Avant-Garde, hosting 1.5 million artworks and objects amassed by collector Egidio Marzona in the late 1960s, and Nieto introduces this project with a slide of a painting of the city of Dresden by 18th Century Italian urban landscape painter, Bernardo Bellotto. They imagined to adopt the same perspective as presented in the painting, in a spirit of continuity with the history of Dresden. Their project included the conception of a public area underneath the archives to connect with city dwellers.

Harmonise with your Surroundings. In Estonia, for the Arvo Pärt Centre, a music centre that includes the composer’s personal archive, located on a peninsula in a pine forest near the sea, Nieto makes the most inspiring presentation and qualify their guiding principles as those of “landscape, music, and architecture”. The project itself seems quite magical as even the competition brief was delivered in a spiral, reminiscent of the composer’s original musical tabulas annotations. So the firm worked with the forms of the spiral and the pentagon—the latter, Nieto says is the geometrical figure the most present in nature. They conceived varied size columns, echoing musical scores as well as trees, and cared that the colours of the auditorium’s chairs reflect those of the outside woods. They revealed mutual connections by tracing on Arco Pärt’s annotations, and it seems like all the teams involved operated in gentle harmony. If you only watch part of this lecture, watch this one, it starts at approx 1.06.10 and lasts for less than 15 minutes.

Ultimately, although Nieto concedes that the relationships you study when working on a project are established on a personal level, she also notes that if you apply consistency, it will be reflected on the whole unity of your project. You can see the full talk here, to appreciate more details about every project presented.

This talk with Fuensanta Nieto, co-founder of Nieto Sobejano Arquitectos, was published on Rice University School of Architecture’s Youtube channel, on April 5, 2022.

Andrea Lerda, Curator at the National Mountain Museum and Founder of Platform Green 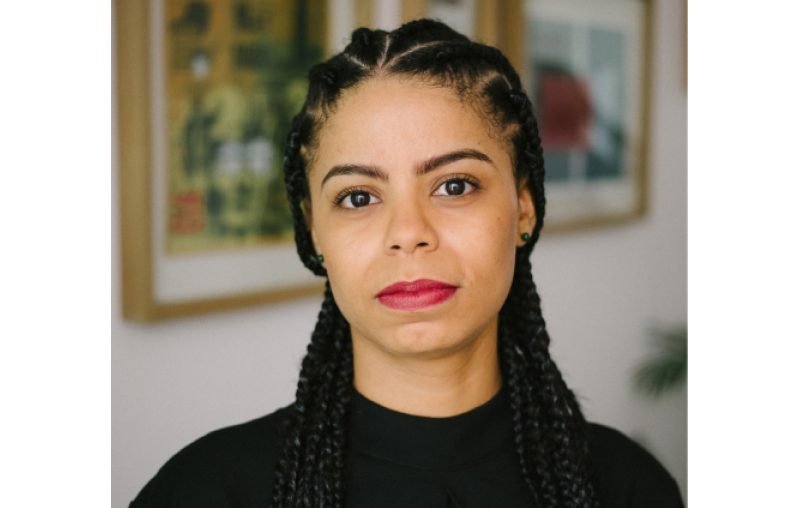